We are all aware of the deleterious effects of mechanical beach cleaning on coastal dune biodiversity and, ideally, we would like to see fore dunes look something like this: 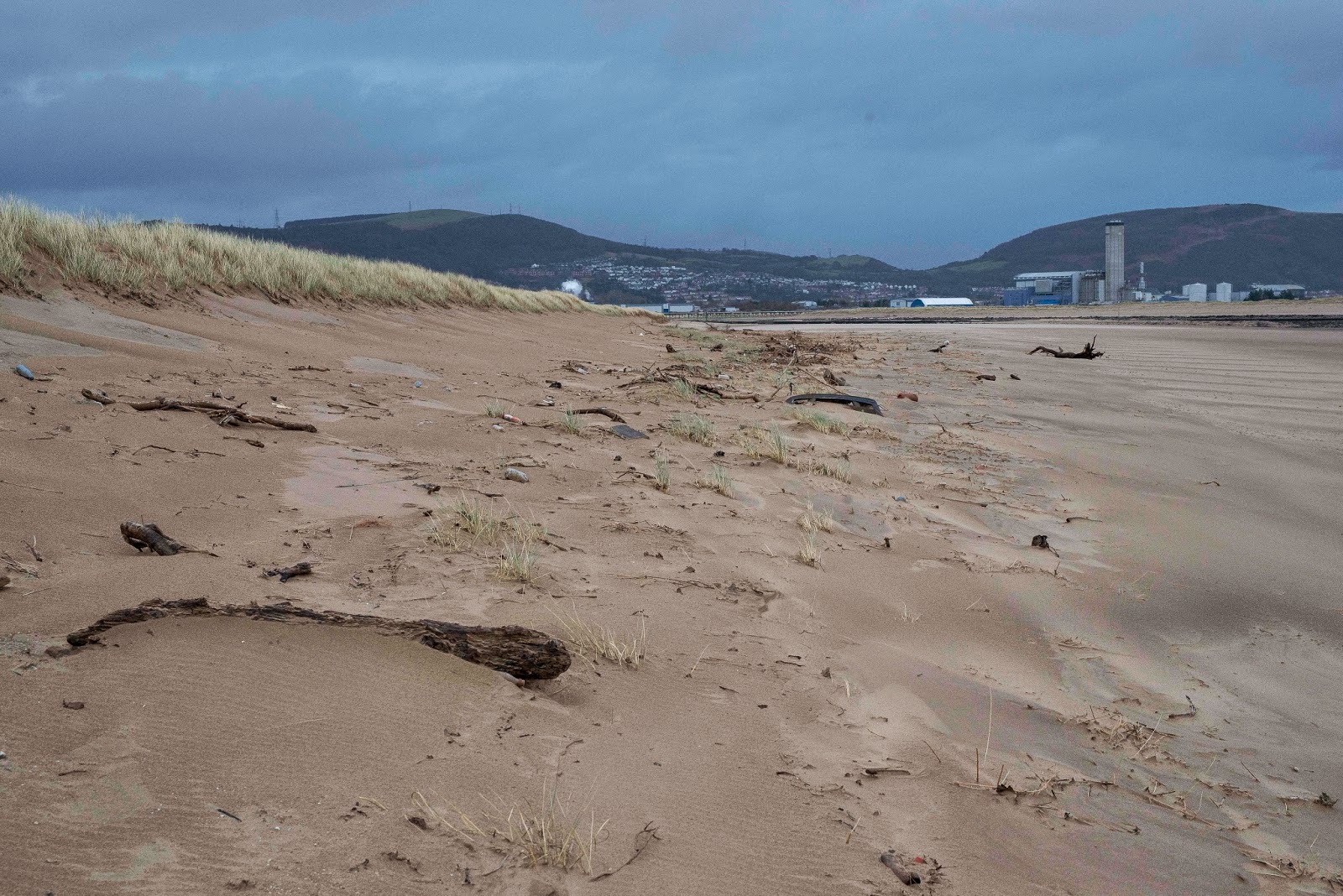 But, at the moment, a large stretch of the fore dunes (and strand line) on Crymlyn Burrows looks like this: 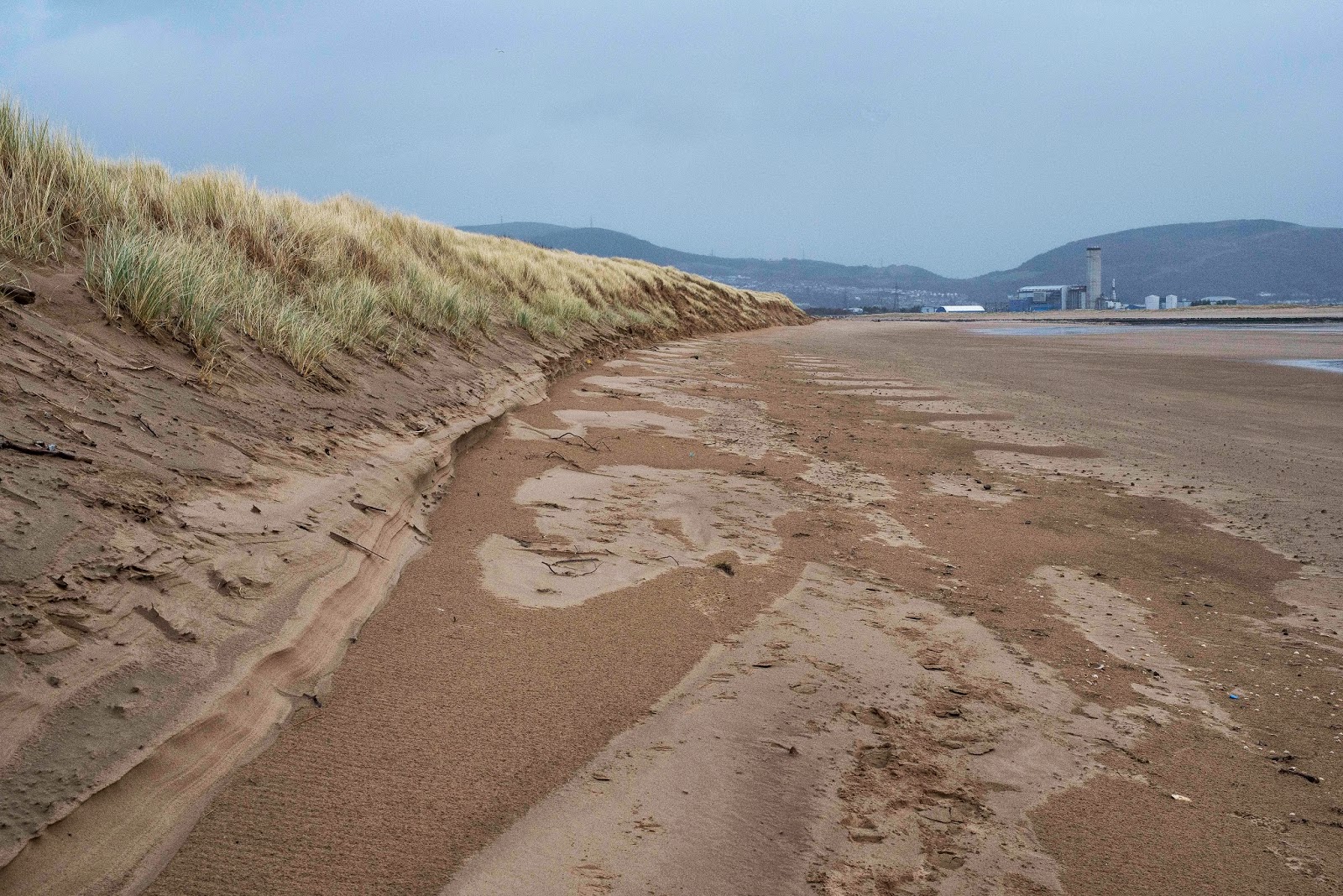 This is not the result of mechanical beach cleaning, which never takes place along this part of Swansea Bay. It is the result of a natural process, the combination and coincidence of very high tides and very stormy weather. This process must have happened many times in the history of Crymlyn Burrows and it must have a catastrophic effect on strand line animals and plants. This may explain why species like the rare Beechcomber Beetle, Nebria complanata, show such alarming fluctuations in population size along our shores (see Ian Tew's post on this blog, 19/10/14). The amount of sand translocated from the Crymlyn Burrows foreshore recently has been significant, much of it deposited on the semi-fixed marram dunes just behind the fore dunes. Where sea and wind action has been intense, fore dune erosion has been spectacular: 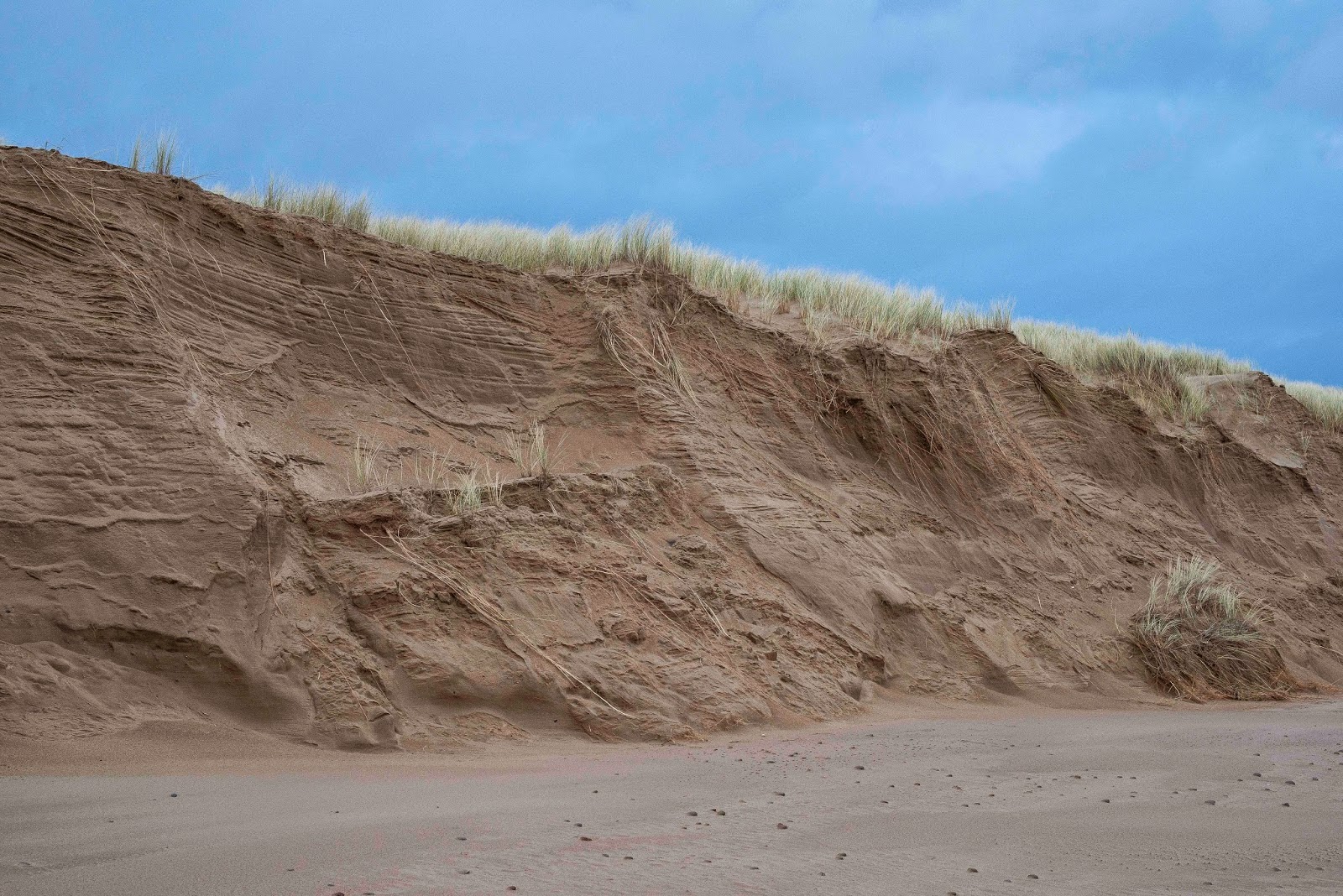 Crymlyn Burrows will continue to recover and reshape its foreshore after events like this as long as it remains a dynamic, accreting system. It remains to be seen what the effects of coastal developments will be on the accretion process and foreshore biodiversity in the future.
Posted by Charles Hipkin at 20:12 No comments:

No bees but a Peacock butterfly in Fall Bay yesterday.
Posted by i.f.tew at 16:25 No comments:

Black Redstarts are common in France; in many French villages they are easily seen, with males singing from rooftops in the breeding season. The song, which finishes with a crackling noise which always reminds me of the noise of a crisp bag being screwed up, is very distinctive. In Wales, however, Black Redstarts are generally scarce passage migrants or winter visitors in small numbers. In most winters a Black Redstart will turn up somewhere in the Rhossili area at some time. Today there was one feeding on the rocks and vegetation around the western shore of Fall Bay (SS410872). The bird was quite settled and I was able to watch it and photograph it for about 20 minutes until it was chased onto inaccessible rocks by a belligerent Robin. This bird is either a female or a first winter male. If anyone can tell which it is, please say so! 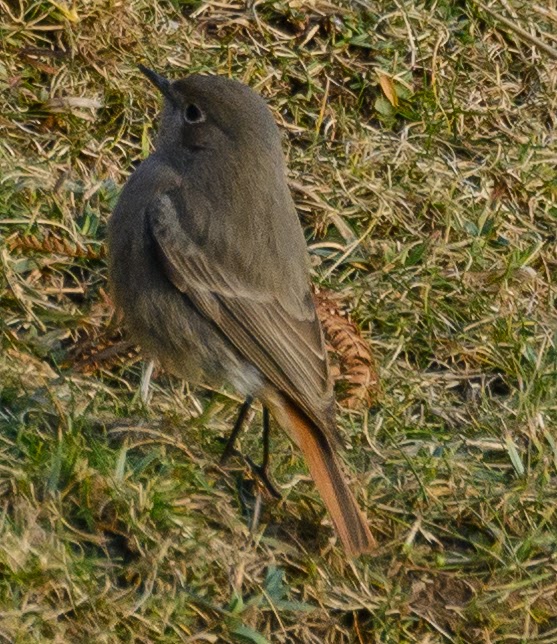 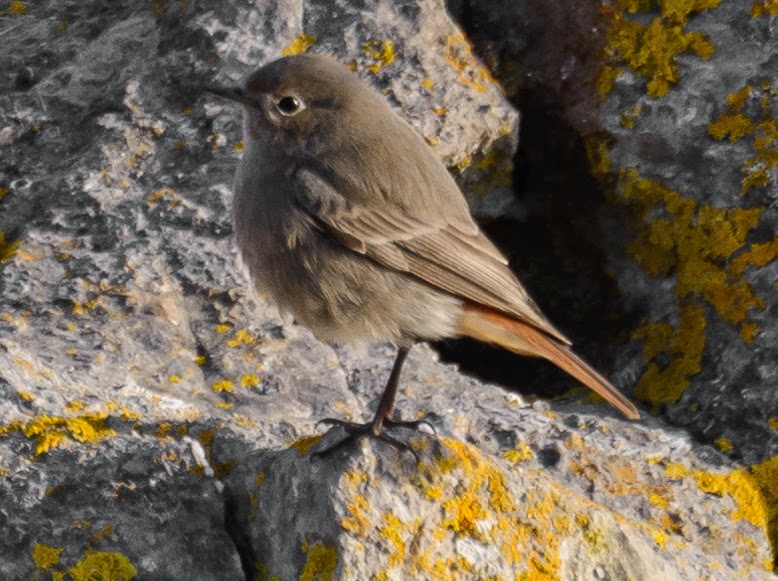 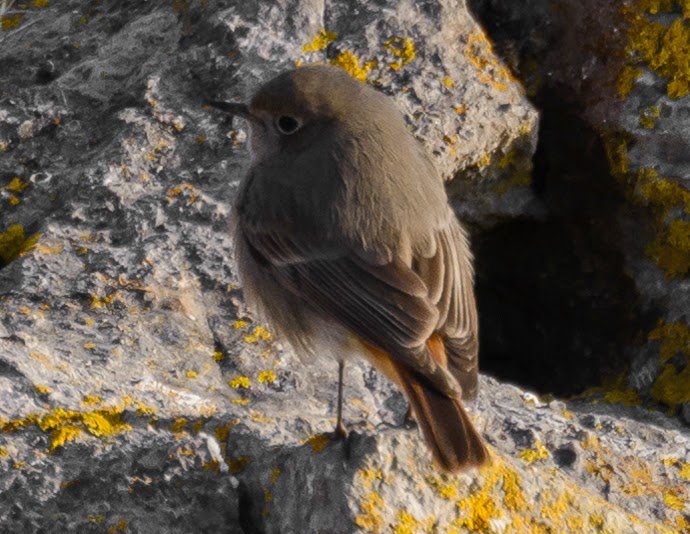 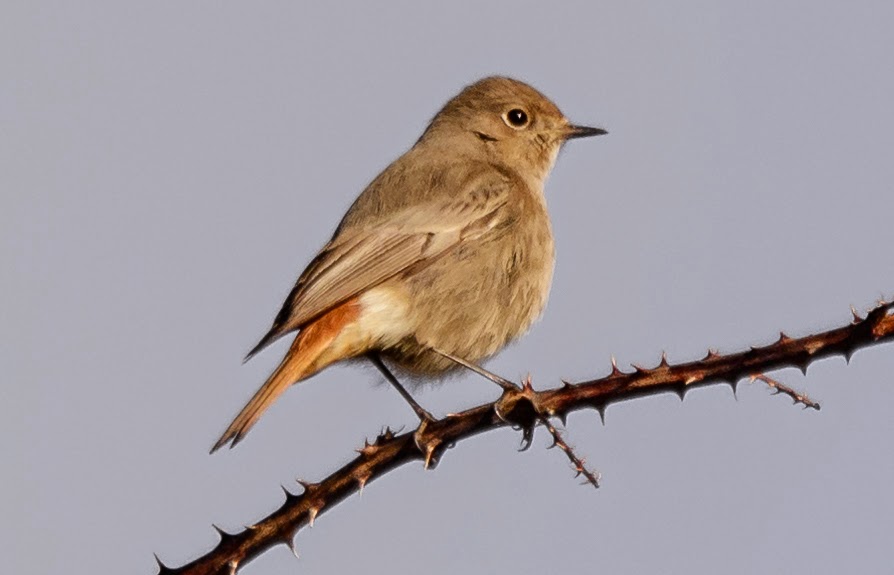 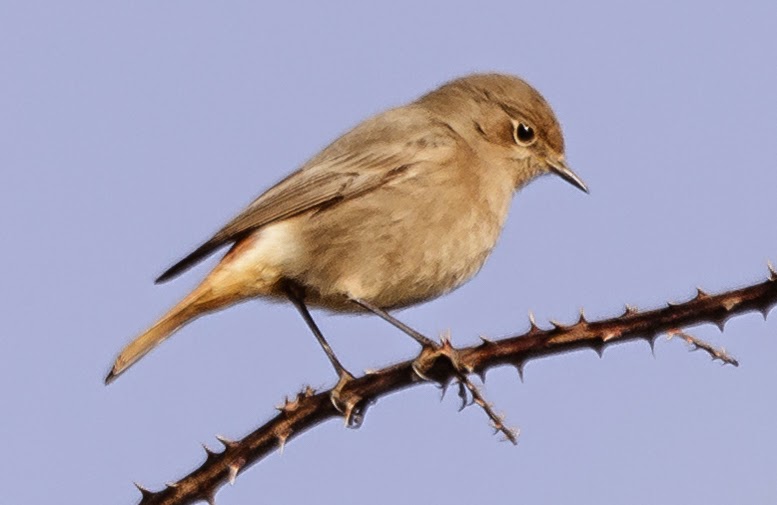 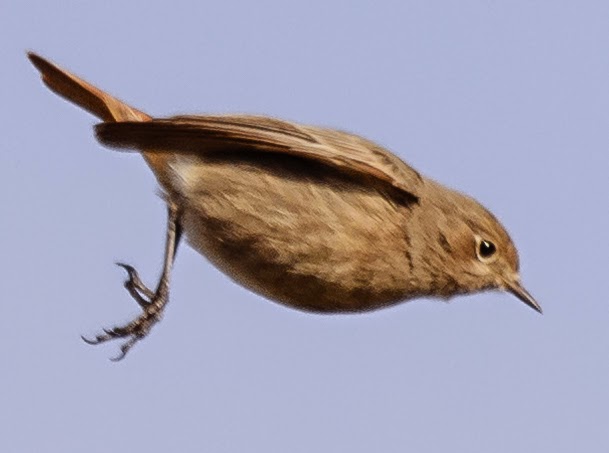 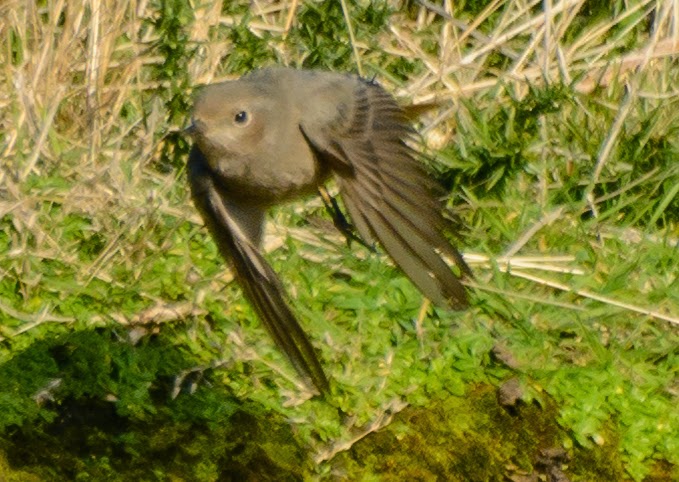 Below is a shot of a singing adult male, taken in France last year. 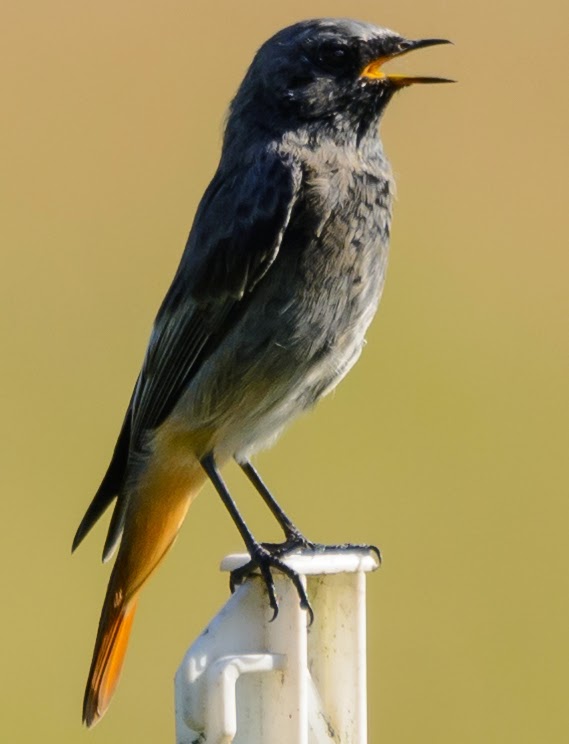 While I was at Fall Bay this morning I was also lucky enough to have a close encounter with a Grey Seal. 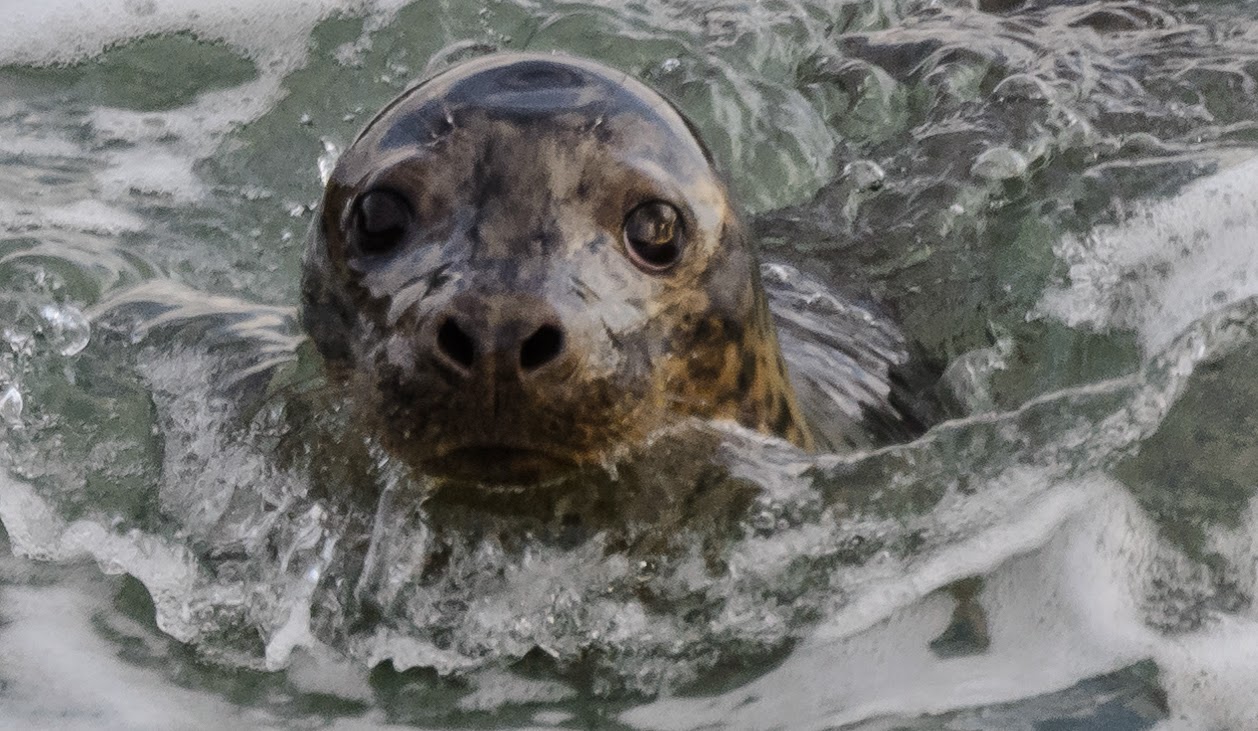 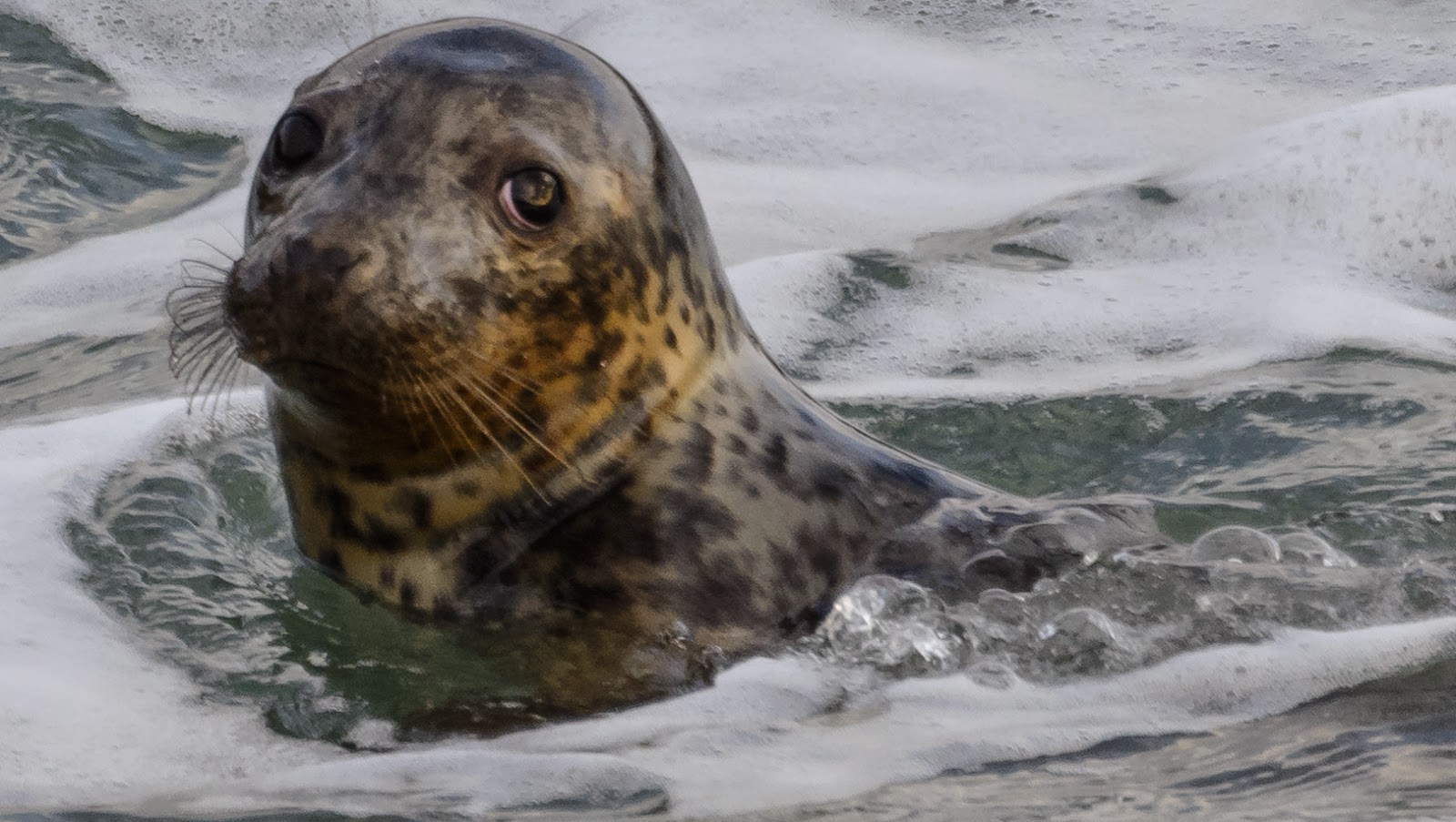