It is well-documented (Birds in Wales Welsh Bird Report 2012, Bird Atlas 2007-11) that the Green Woodpecker is declining in the western part of its range in the UK and is now apparently extinct in Pembrokeshire. In this context I was particularly pleased to find that juvenile Green Woodpeckers have fledged successfully in the extreme west of Gower in Mewslade valley. The adult female is with a juvenile female in the photos below, taken today, July 8. 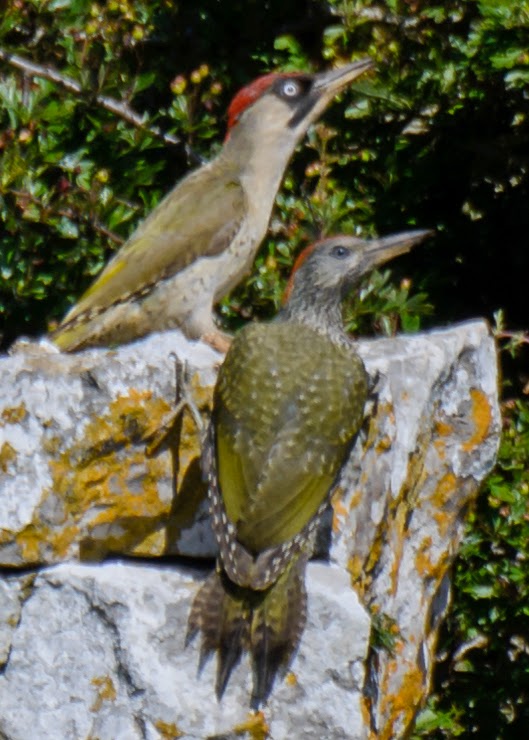 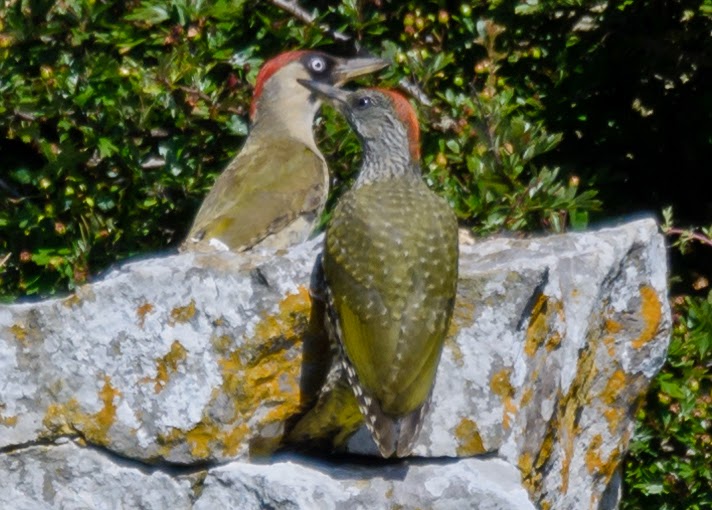 Although this species is declining further west it seems to be holding its own locally, as the map below shows (Gower Ornithological Society data). 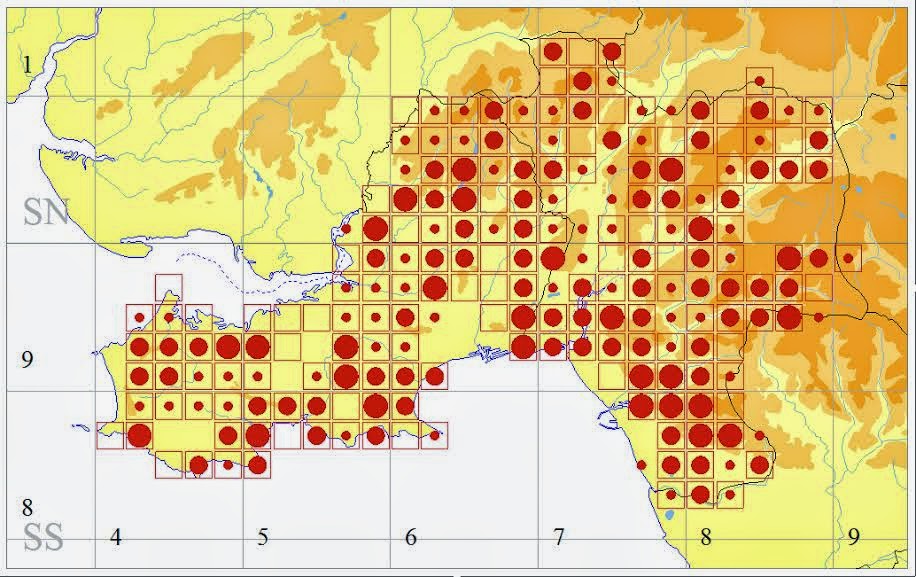 On the map confirmed, probable and possible breeding are shown by different sized dots and present only shown as open squares (all records post 2000).
Posted by Unknown at 14:51 No comments:

on the first night in 5 years when I've noticed migration in my garden in Sketty and sorry for the delay. Third Glamorgan record unless I've misread the excellent Moths of Glamorgan or anyone's had one post publication............... 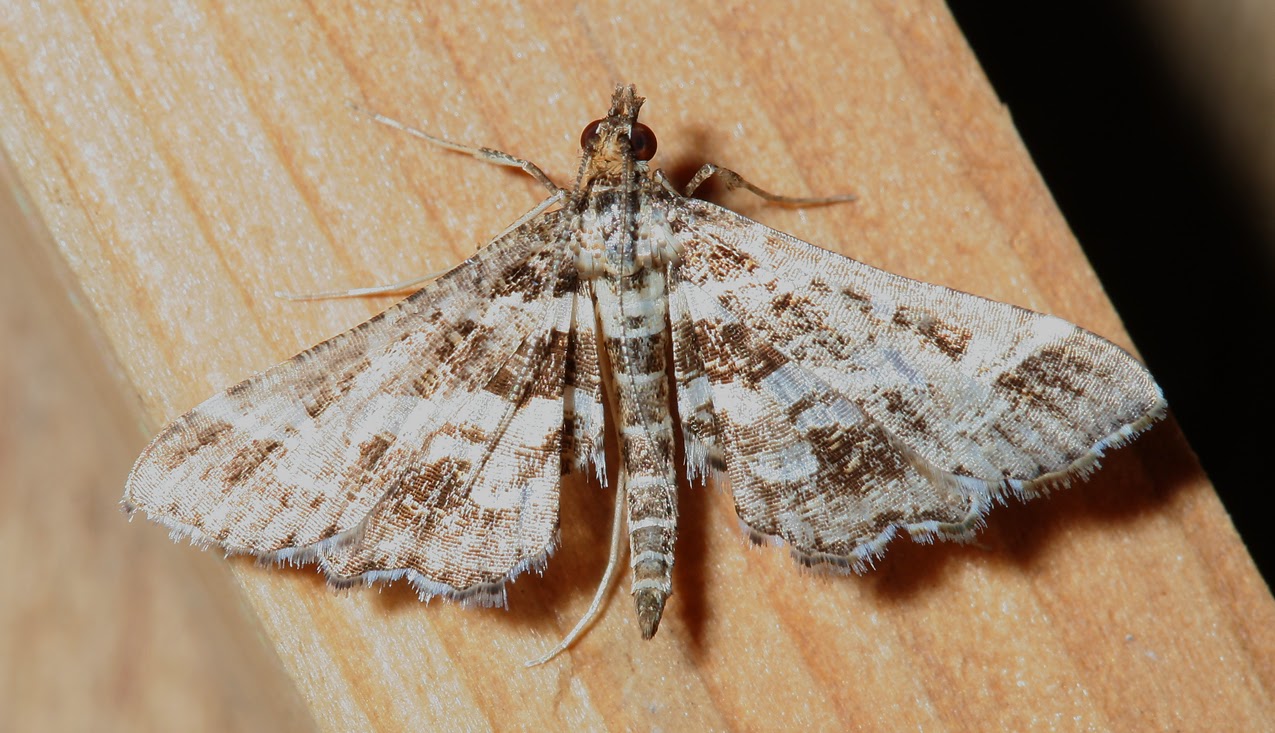 Diasemiopsis ramburialis looks a bit tired! Exif says taken on 14/06/2014 so trap set the night before. I remember a Red Necked Footman which might well also have been a migrant, certainly never seen one there before.
Posted by i.f.tew at 11:33 1 comment: 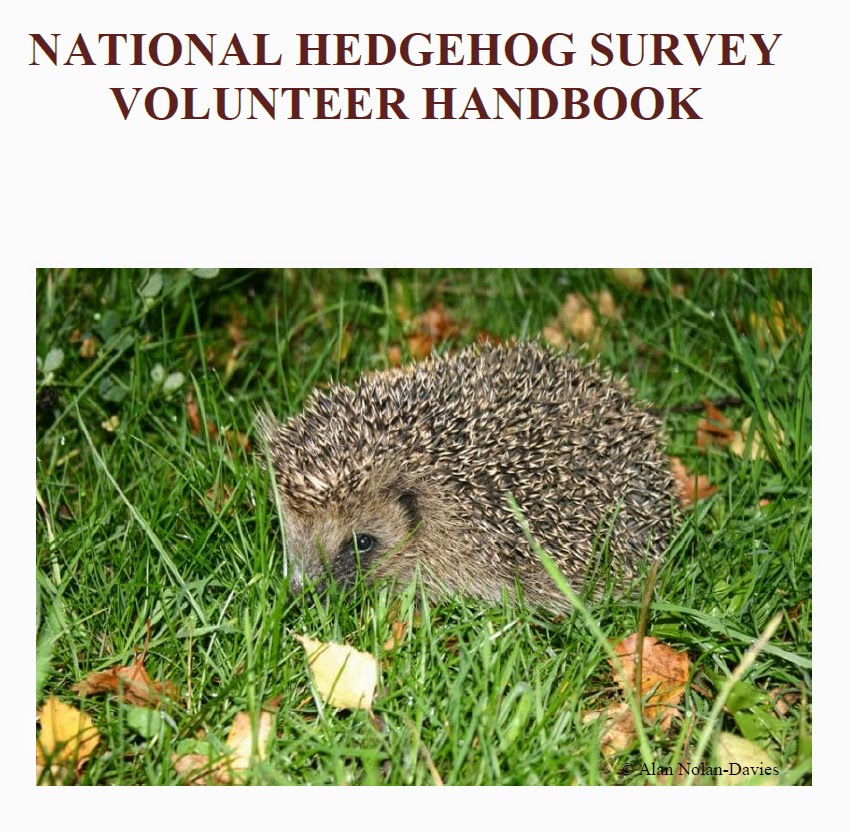 Posted by Barry Stewart at 10:14 No comments:

This video from Lyndon Evans shows Carmarthenshire's first home-bred juvenile Mediterranean Gull is just a couple of flaps away from successfully fledging... CLICK HERE
Posted by Barry Stewart at 20:45 No comments:

Among the collection of trees in Morriston Hospital car park are two beautiful Black Walnut (Juglans nigra) trees and a moss-clad specimen of Ohio Buckeye (Aesculus glabra). Among the epiphytes growing on the latter were some nice cushions of Small Hairy Screw-moss (Syntrichia laevipila) along with a surprising quantity of Sessile Grimmia (Schistidium apocarpum), a species more characteristic of base-rich, siliceous rocks.
Posted by Barry Stewart at 09:30 No comments: 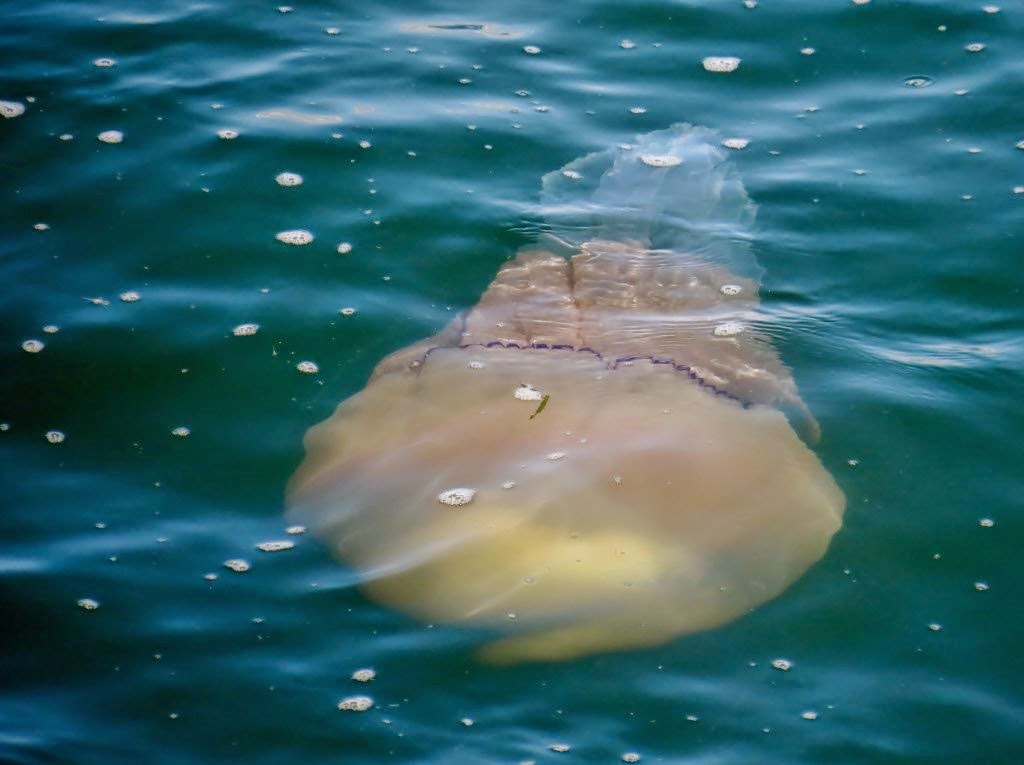 This photograph of a Barrel Jellyfish was take by Barry Nicholls last Tuesday afternoon from the end of Mumbles Pier. Barry said it was about the size of a coffee table. Others have been washed up on the beaches locally (e.g. Oxwich), but seeing them like this in the water is spectacular. Look out for Leatherback Turtles that follow the swarms.
Posted by Charles Hipkin at 13:12 No comments:

On reading the excellent new moth book for Glamorgan, congratulations guys, I realised there are no records for Scarlet Tiger from Crymlyn Burrows, one of the main uses of such a publication. I have seen them last weekend although this picture was taken last year. 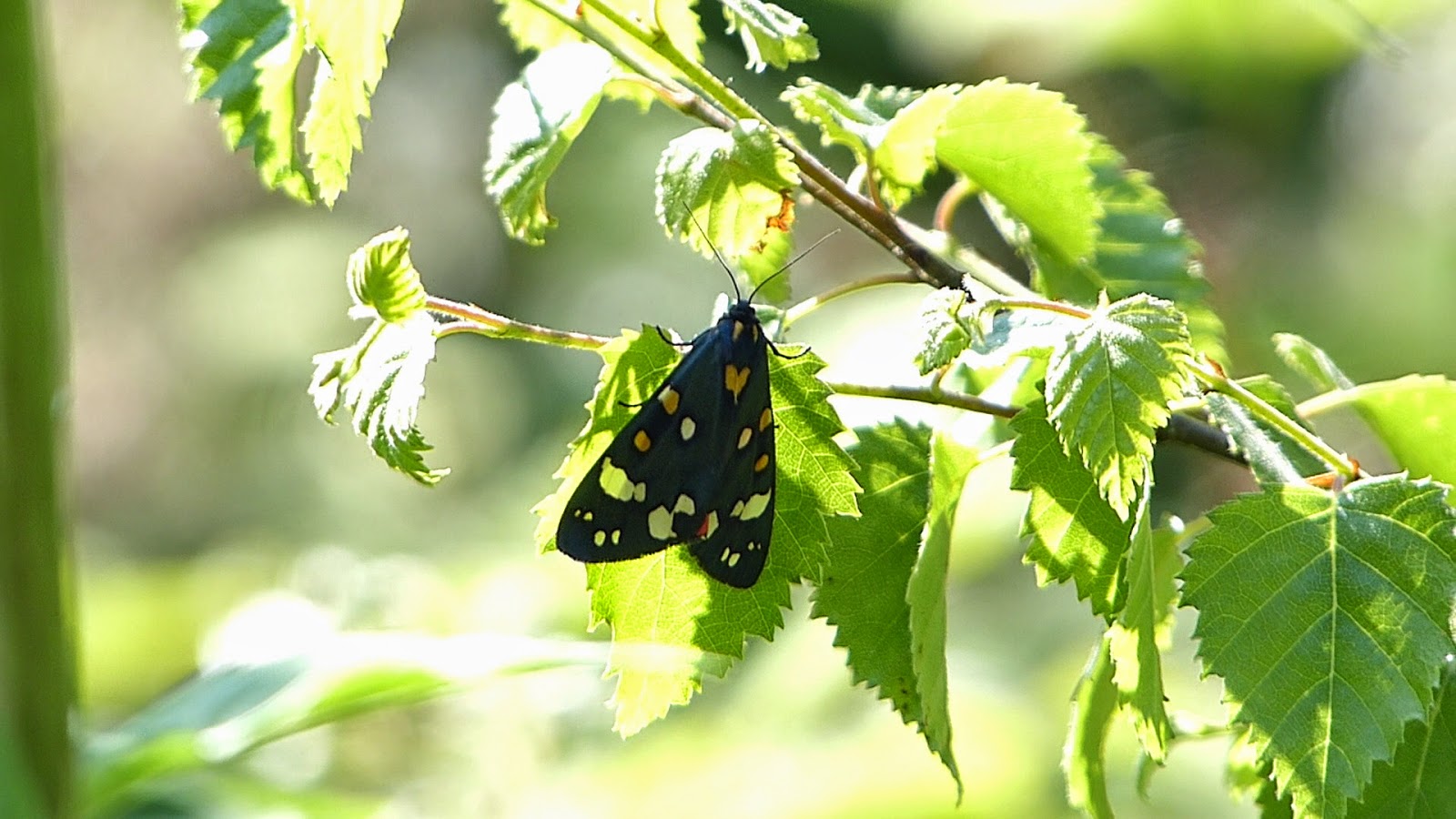 This soldier fly, a female Oplodontha viridula, was seen at Yarrow at the same site. It is supposedly one of the most common but new to me. 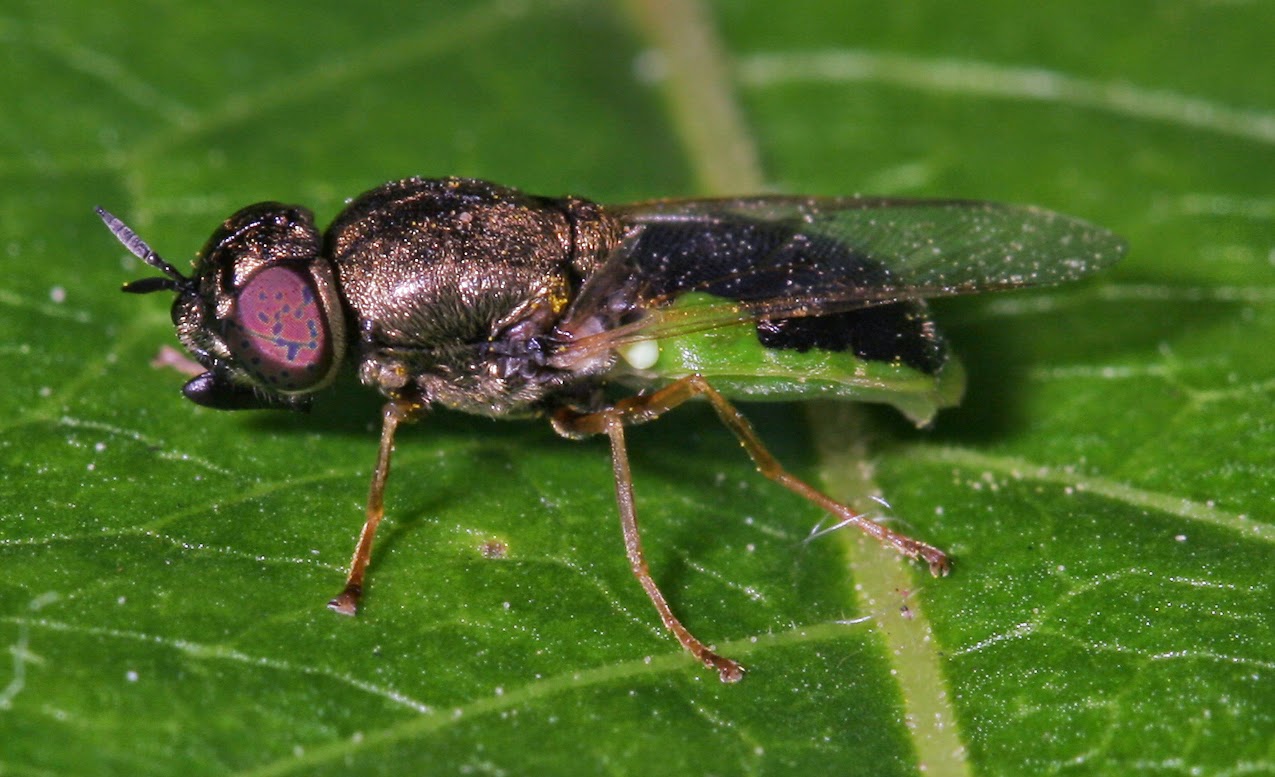 This soldier fly a female Nemotelus notatus, a lot smaller, was taken at Arthur's Stone on Cefn Bryn in good numbers when sweeping for insects for the students. According to Stubbs and Drake it is found in brackish places? 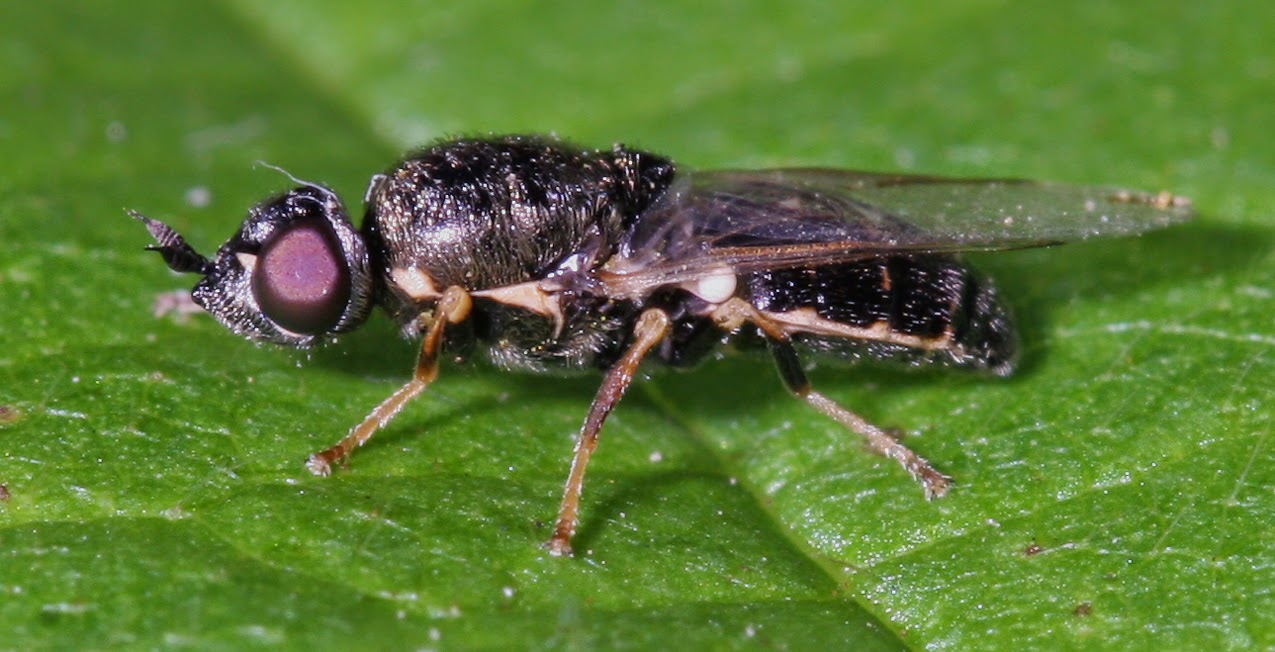 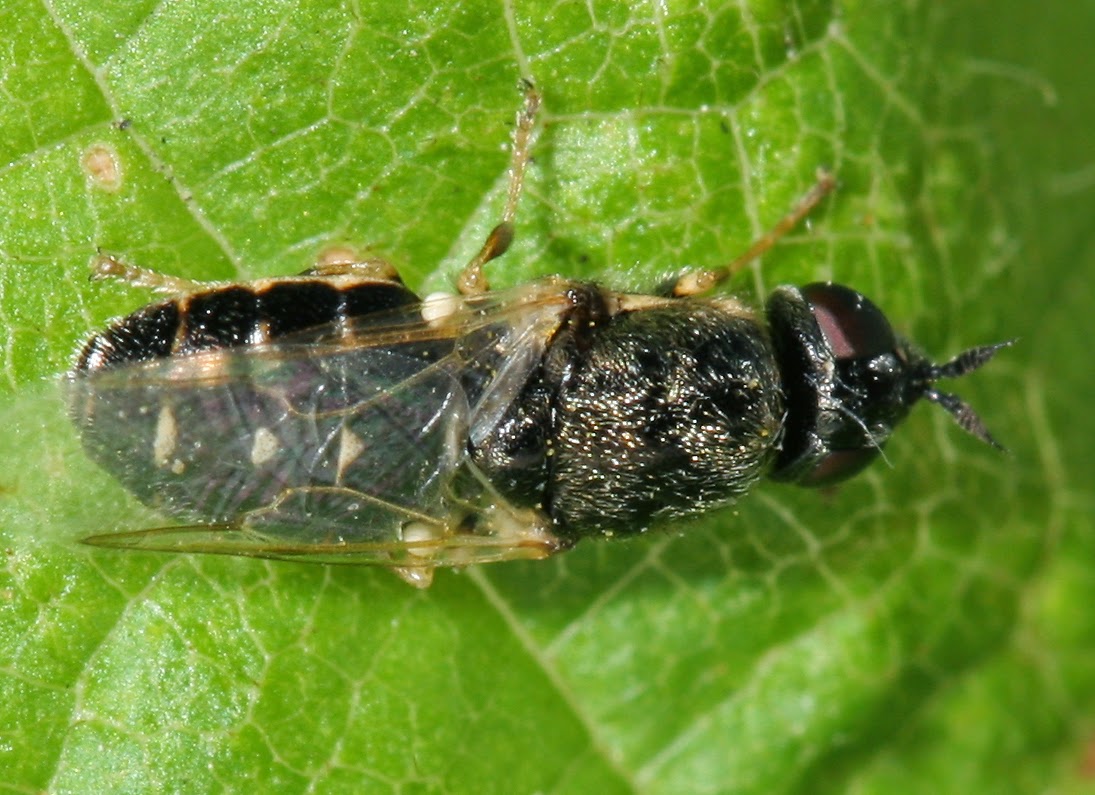 Whilst waiting for neighbours to come and eat outdoors at home (a rare event) I noticed these Lasioglossum males (solitary bees) roosting on a Plantago lanceolata head. So far they have come every night to the exact same spot for a week. Don't have to go far! 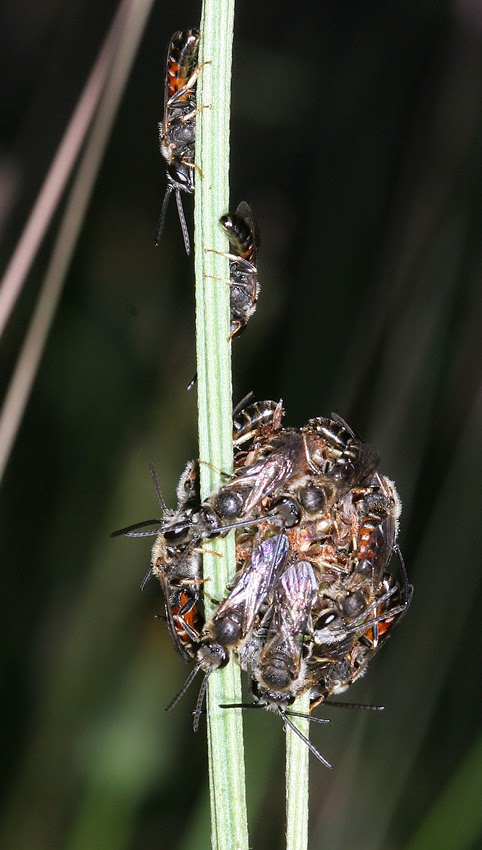