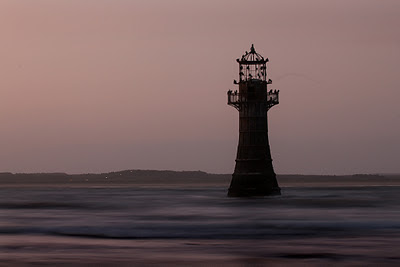 There were 63 Cormorants roosting on the lighthouse this evening. Although the Cormorants at Whiteford are counted monthly, it seems that the actual evening roost on the lighthouse itself is not counted very often. The daytime November average from the point from 1996-2010 (taken from Gower Birds) is 77, but some of these may also be using the nearby roost at  Blue Pool which frequently hosts >60 birds. The highest daytime count at Whiteford during this period was 199 recorded in November 2003. 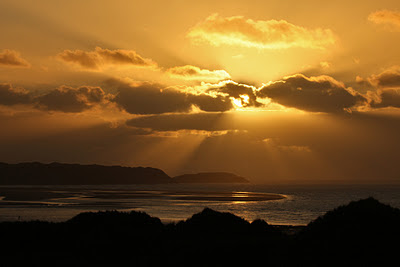 Beautiful light from the point back towards Burry Holms at dusk, around which time the Eider flock (64) and Brent Geese (234) plus Black Brant flew with the tide into the estuary. Also of note there were two Firecrests in the dunes on the way out.
Posted by Barry Stewart at 19:23