The Mediterranean Gulls on the lagoon at Penclacwydd have been in good condition recently and the following videos show a young pair getting amorous (the young birds have black in the wing tips) and a lone adult that appears interested in a Black-headed Gull. There's also a short video of the Franklin's Gull which last weekend provided the second record for Carmarthenshire and the third for West Glamorgan.
YOUNG MEDITERRANEAN GULLS
ADULT MEDITERRANEAN GULL
FRANKLIN'S GULL 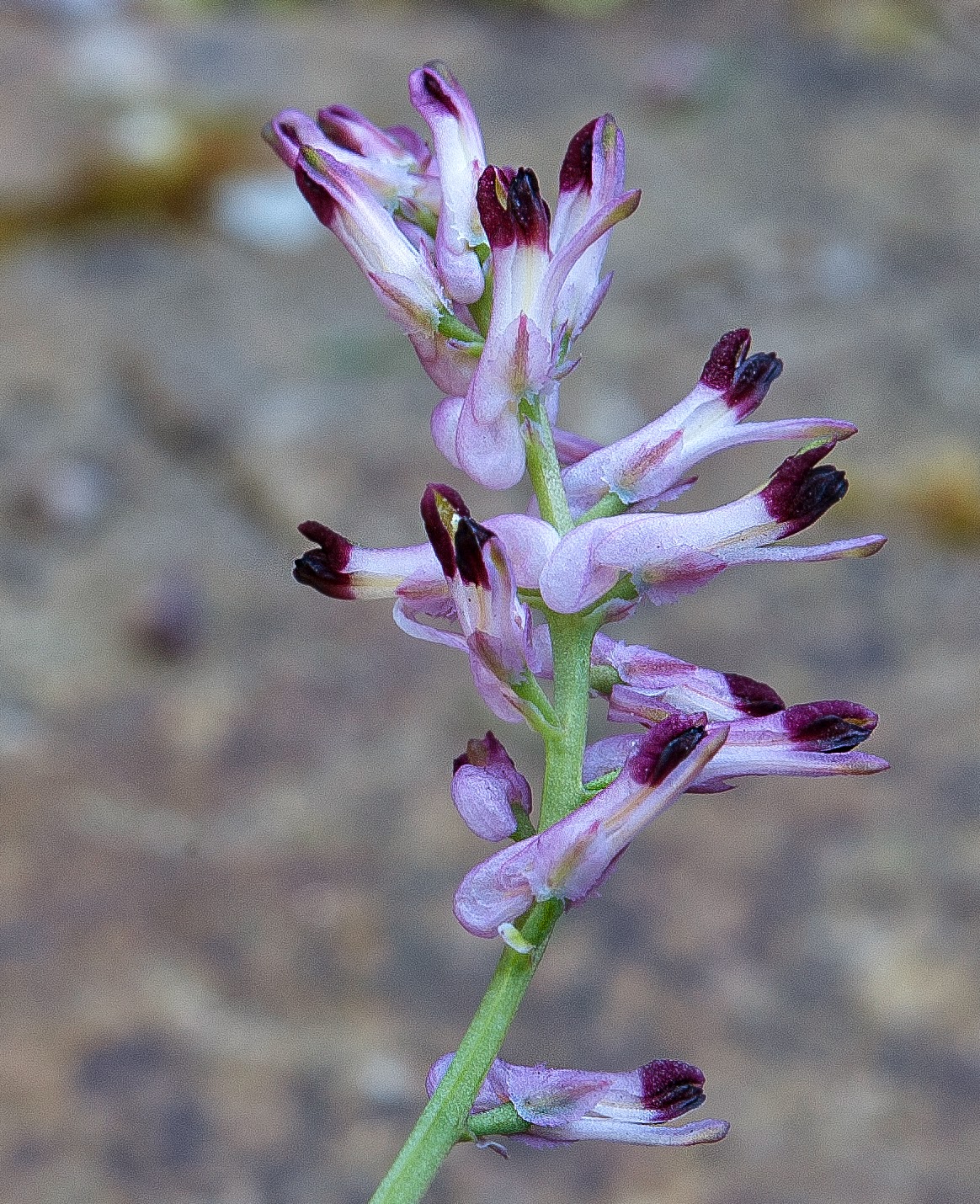 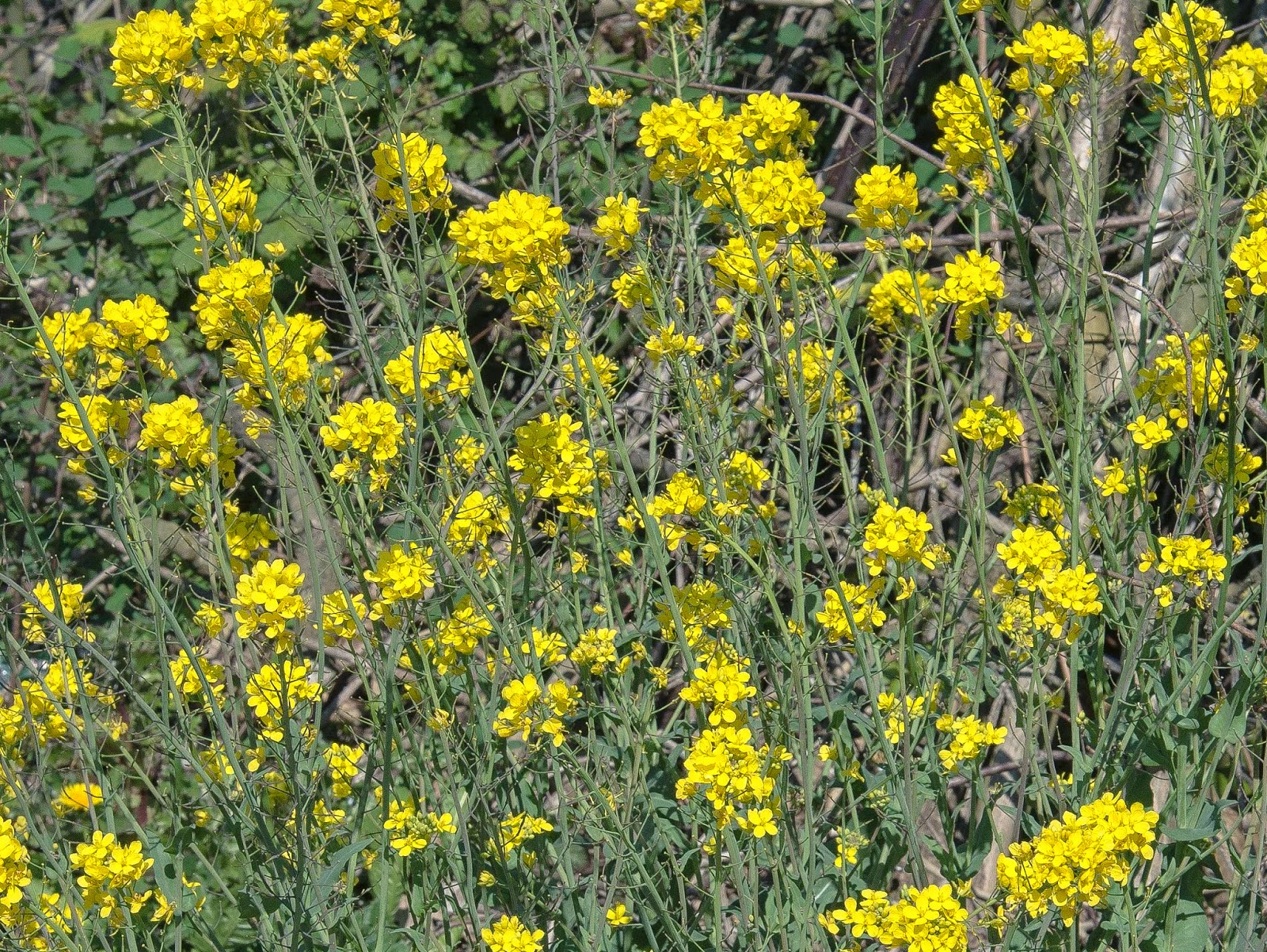 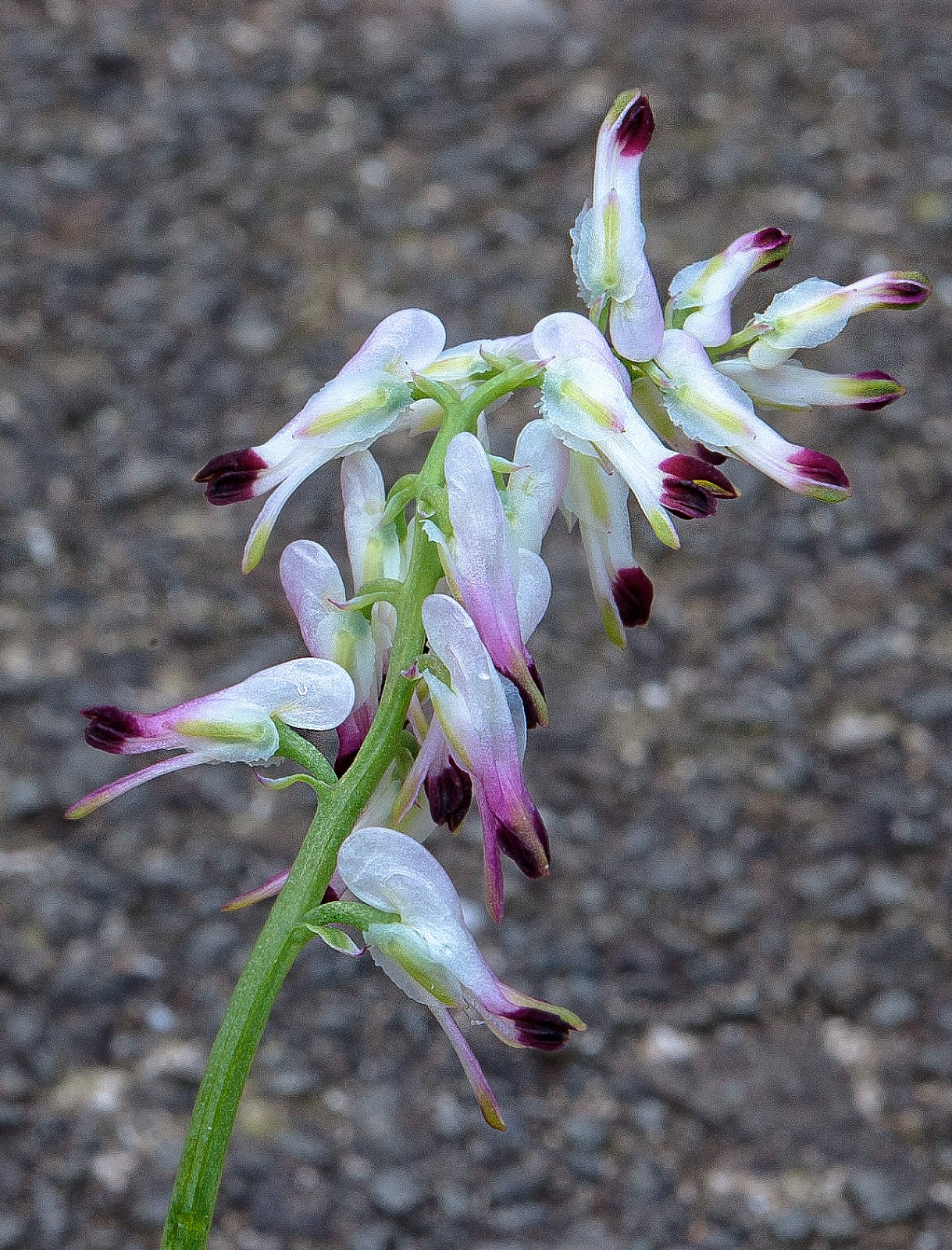 It sounds like a nasty condition requiring antibiotics, but White Ramping-fumitory (Fumaria capreolata) is a handsome, large, white-flowered fumitory with a very coastal distribution in Wales. It's not common east of Gower in South Wales, but there seems to be a bit of a hot spot for it in the coastal strip between Margam and Kenfig. The specimen in the photo was found in the vicinity of Kenfig Industrial Estate, growing with Common Fumitory (Fumaria officinalis), a species with smaller, purple flowers. The most common fumitory in our area is Common Ramping-fumitory (Fumaria muralis) which has rose-pink flowers.
Posted by Charles Hipkin at 21:38 No comments:

An odd moss on a pavement in Caerau

Back on 5th March an odd specimen of Intermediate Screw-moss (Syntrichia montana) collected from tarmac in Brynheulog, Caerau, proved puzzling as it did not key out well to any species or well-documented forms of Syntrichia. The specimen was passed onto Sam Bosanquet who suggested that it might be S.m. var calva, a taxon recorded only once in Britain in 2011 at a site in Gloucestershire. Sam was sufficiently convinced to forward it onto Tom Blockeel for a second opinion who confirmed the identification and status as new for Wales. Quite surprising what can turn up in the most unpromising looking locations if you care to look close enough. 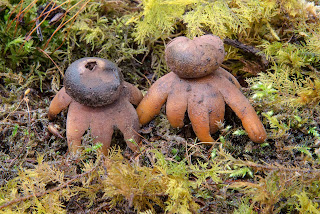 Barometer Earthstar (Astraeus hygrometricus) is so called because the fruiting body is so hygroscopic. It dries out quickly under dry conditions to a hard, leathery consistency and then undergoes an equally rapid transformation back to its fleshy state when it is humid. 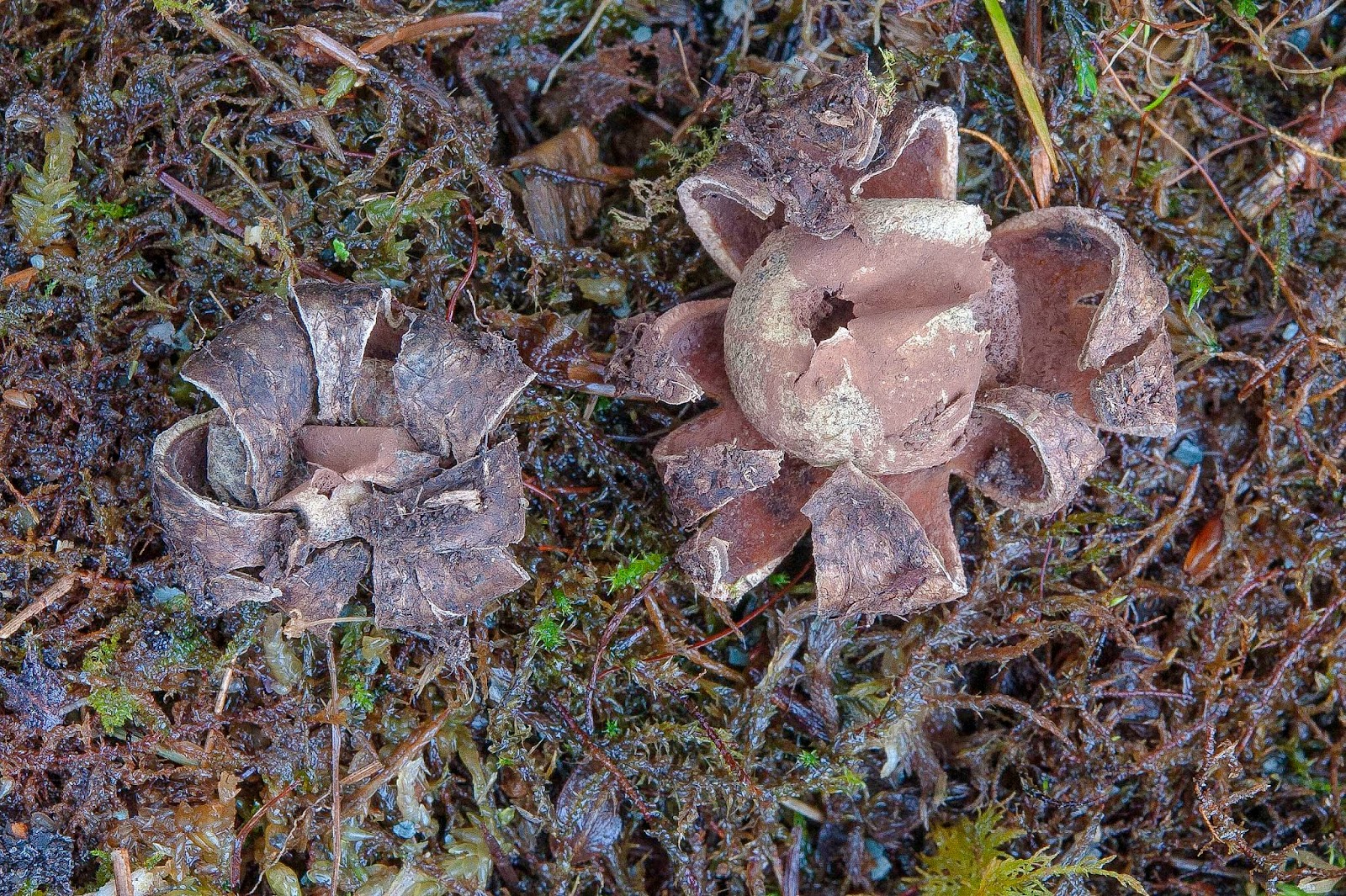 As the fruiting body dries out, it loses its colour and curls its ray-like limbs around the central, spherical spore producing body. But even after a little rain, the limbs flex outwards to lift and support the spore producing body above the surface of the soil. Spores are released through the pore at the top very efficiently when rain drops hit the surface. The transformation from the curled-up dry state to the upright fleshy state takes about 30 minutes.
This is an uncommon fungus in Britain with a distinct, southern distribution (mostly in England). It is rarely recorded in Wales. Roger Phillips describes it as a vulnerable Red Data List species. The specimens here were found in a little wood near Melin Cryddan, Neath. Unlike our common earthstars, the fruiting bodies persist in good condition through the winter and into spring.
Posted by Charles Hipkin at 20:01 1 comment:

Following a build up in the flock to 647 last week, there was no sign of any Golden Plover at Wernffrwd this morning but a Slavonian Grebe nearing completion of its moult into summer plumage was bonus, along with our first Swallows of the year there. A quick evening visit to Swansea Vale just before dusk produced an adult Little Gull that was unbelievably approachable. As it was the only bird on the ground there I thought it might have been sick, but as I approached to within 5m of it and was thinking how best to grab it, it uttered a few alarms chirps then flew off and joined a swarm of Sand Martins, so may have possibly just been very tired? A Dipper was singing close by on the river.