Another one for any bug lovers who don't get the BAY magazine. 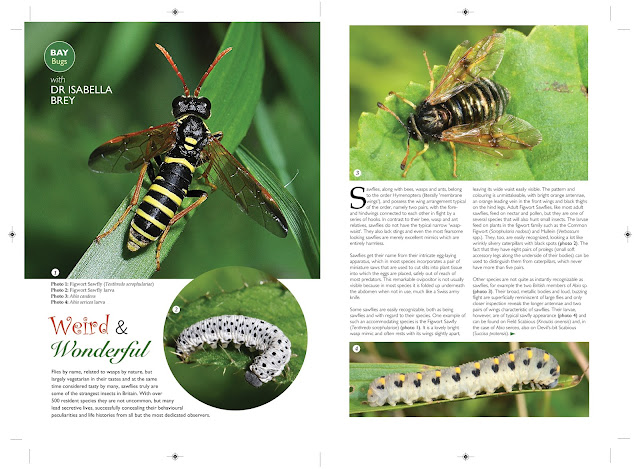 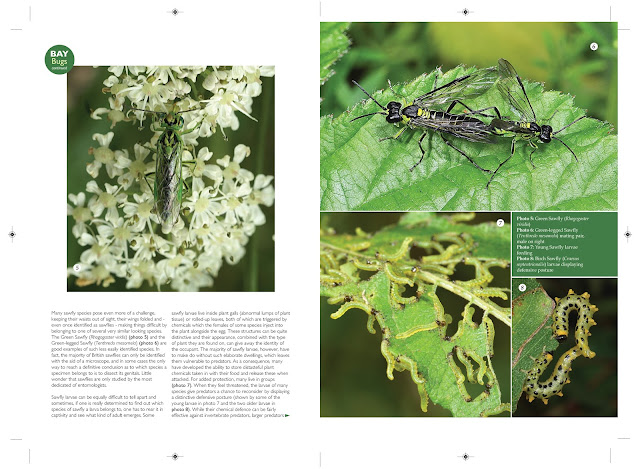 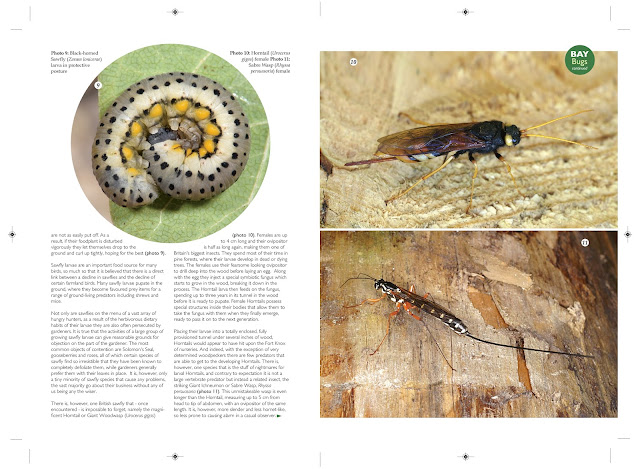 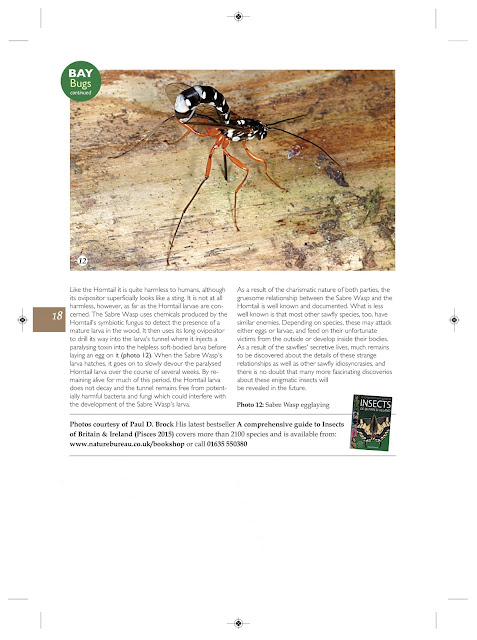 I could hardly miss this striking fungus growing on a dying oak yesterday. About 8 inches wide. Can someone give me a name for it please as I'm afraid I don't have any fungi books. Thanks. 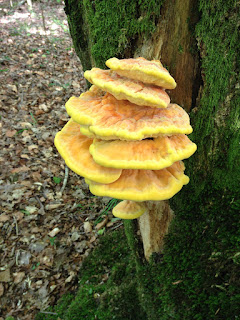 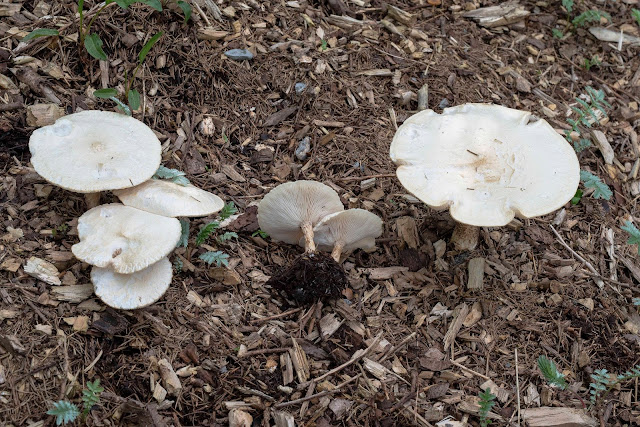 There's a very interesting suite of fungi that grow on wood-chip (and mulch), many of which are recent additions to the British fungal 'flora'. I've already posted photos of Agrocybe rivulosa (21/1013) which was first recorded in Britain in 2004 and is now quite widespread. The Warty Cavalier (also called Warty Knight) shown here was growing on a wood-chip pile in Glantawe Riverside Park, near Pontardawe. It's new to me and possibly a first record for Wales - I'm sure somebody will know.  It was first identified in Britain in 2000.
Melanoleuca species are often a bit of a nightmare to identify, but this one is relatively easy. It looks a bit like a mushroom, but the slightly decurrent gills are white and remain white (the spores are white) and are not covered in a veil when immature. Mushroom gills go black at maturity when they produce millions of black spores. Also, unlike a mushroom, Warty Cavalier doesn't have a ring on the stipe, but look for the splattering of black scales (see photo below), a very useful distinguishing feature. 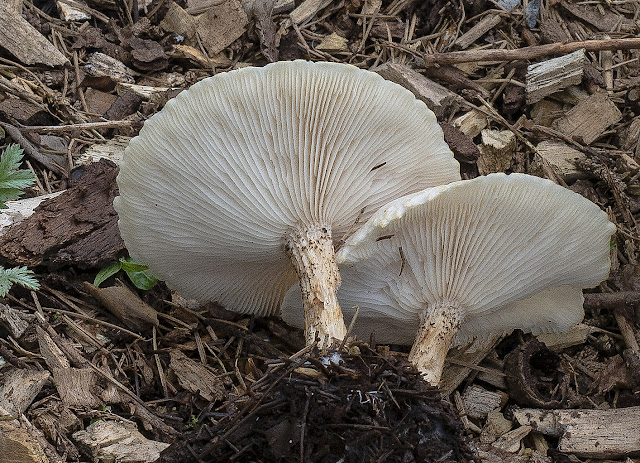 Black scales on stipe of Melanoleuca verrucipes
Posted by Charles Hipkin at 20:31 1 comment:

just a couple of local shots. 2 grasshopper warblers holding territory near Grovesend only a few hundred metres apart.
the second shot is one of two Short eared owls which are still around Llanrhidian marsh showing well upto mid morning 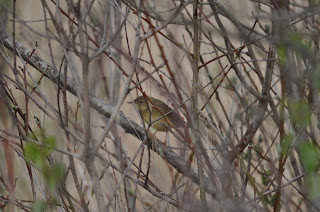 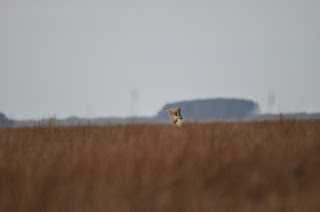