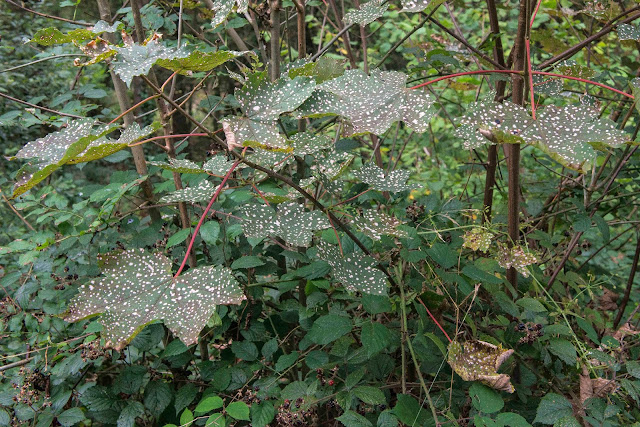 Sycamore White Spot is a fungal disease caused by the Hyphomycete, Cristulariella depraedans. It becomes evident in late summer and autumn and often brings about a premature defoliation of Sycamore (Acer pseudoplatinus). It is rarely mentioned or illustrated in books on fungi, although Tar Spot of Sycamore (Rhytisma cerium) which causes black blotches on Sycamore leaves often is. The white-ish or pale buff spots give the leaves an attractive pearlescent appearance from a distance. Close inspection of the upper surface of the leaves shows how the fungus eats away at the superficial layer of leaf cells (the epidermis) to reveal the vascular network below. 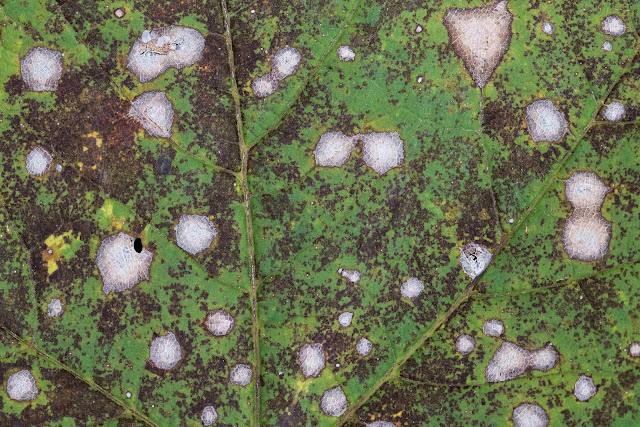 From below, the characteristic dark border around the fungal colonies is clear to see. 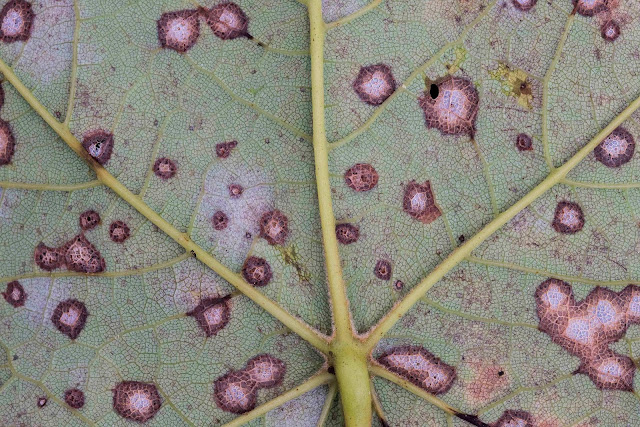 Sycamore White Spot seems to be very common this year. Every Sycamore I looked at today in Rheola was infected with C. depraedans, while none had any Tar Spot infections. Perhaps the very humid summer we've had in South Wales this year has provided ideal conditions. It will be interesting to know if others have noticed an increase in the incidence of this easily recognised fungal disease.
Posted by Charles Hipkin at 20:17 7 comments: