Congratulations, Barry, on the new masthead. I recognise that White Ermine godarti from Cwm Ivy!
Here's a Sparrowhawk keeping the neighbour's pigeons under control in Gowerton yesterday.

Quite a few Bees about at last. A trip to Whitford/St Madoc's/Broughton on saturday revealed mostly males: 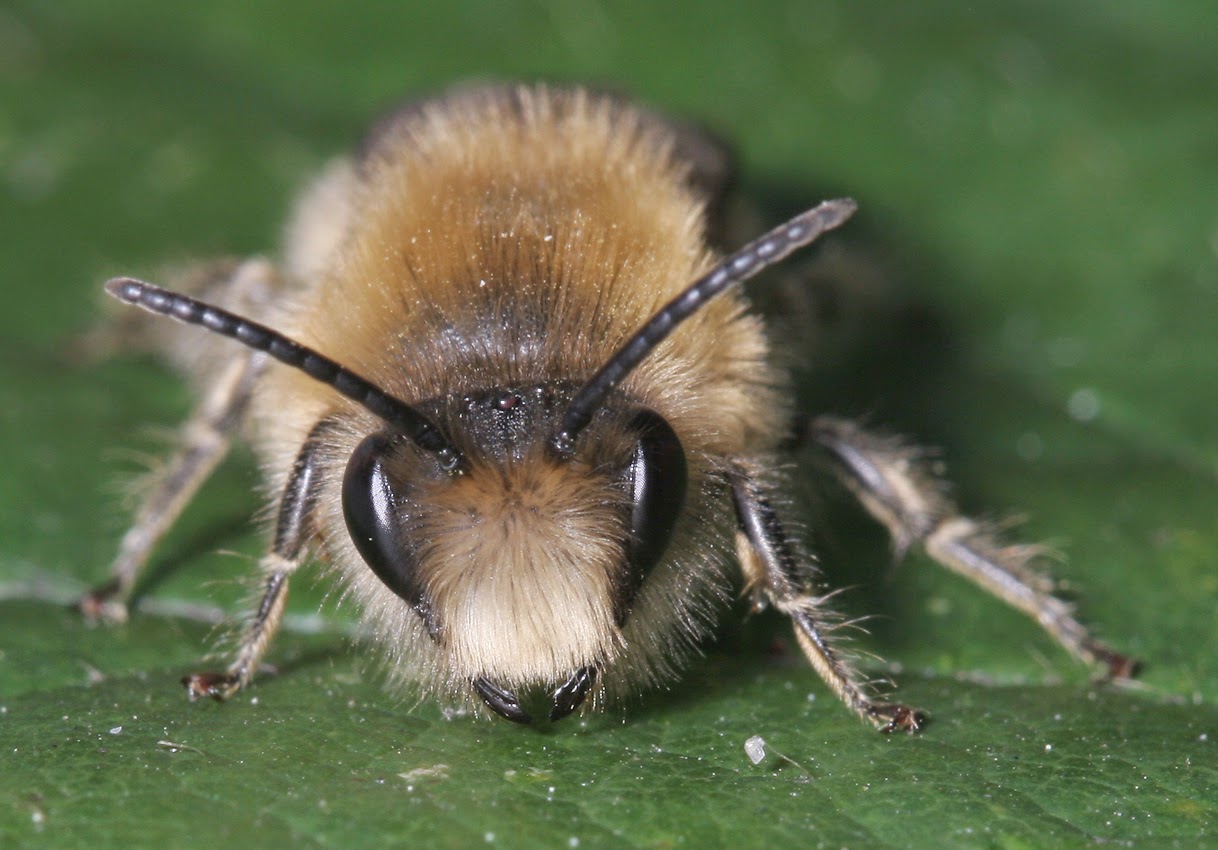 Lots of Colletes cunicularius males on the half vegetated south facing dune slopes, lots at the only flowering willow and one at a Gorse bush, presumably gathering nectar. The females use willow pollen to feed the larvae. Tiny crucifer plants were being visited by these and Osmia, presumably for nectar, a useful source so early in the season and good for the plants. 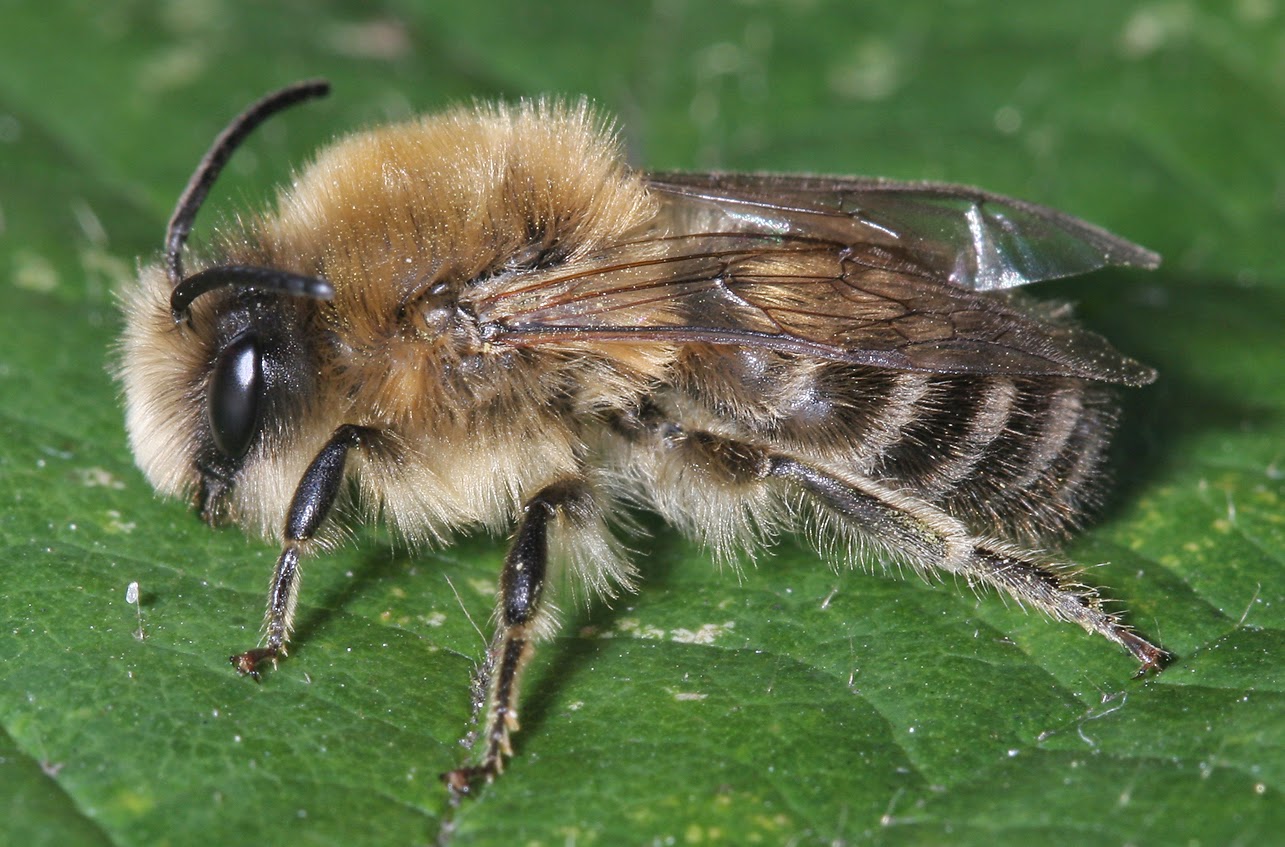 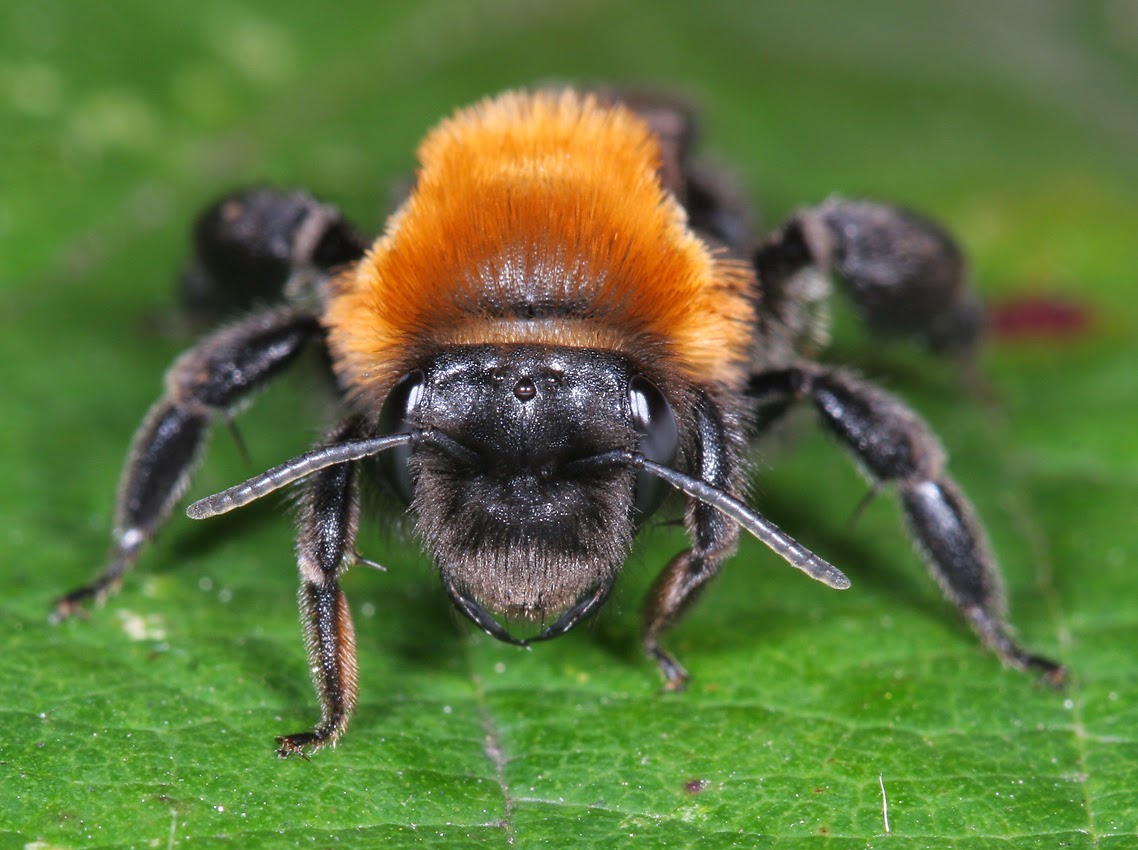 This female Andrena thoracica was given to me by Sarah in the St Madoc centre, having been found in their polytunnel. I saw a second near the Broughton Bay Caravan Park flying over short turf. 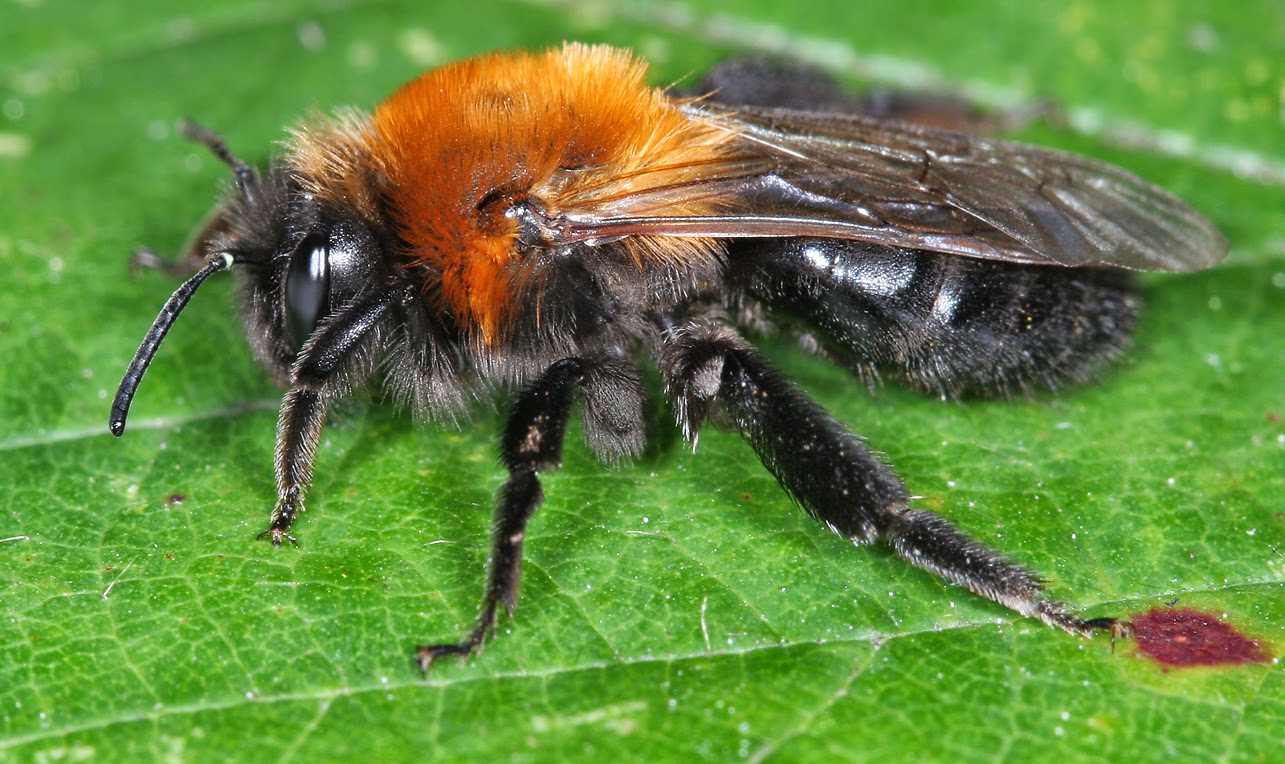 I also saw a female Osmia bicolor on the dunes at Whitford and a number of males to be named later but probably of the same species. These build their nests in snail shells and feed the larvae on pollen. I also saw my first Andrena flavipes of the year at the caravan park.
Sunday saw me at Tor Bay/Nicholaston where the commonest bee was Andrena bicolor, again mostly males at plants e.g. Dandelion or the soft cliffs on the shore. There was a male Nomada on the soft cliffs. Colletes cunicularius is also on the dunes here.
The Anthophora plumipes are active on the mud slope beneath the awning of the Wales National Pool but, again, all males. In this wind it is easy to see why everything hunkers down on south facing slopes at this time!
Posted by i.f.tew at 13:43 2 comments:

These incredible aerial photographs of Cwm Ivy Marsh in full flood were taken last Sunday morning (22nd) by Gordon Howe during monitoring carried out by the Gower Society. The image shows the tide as having dropped away to the right of the sea wall, but the water that has flooded in through the seawall breach, covering the 33ha of Cwm Ivy Marsh, is temporarily held up by the narrow exit point. The site is owned and managed by the National Trust and a very exciting habitat creation scheme is being led by NRW. The potential for creating really valuable wetland habitats is clear to see from the top image. 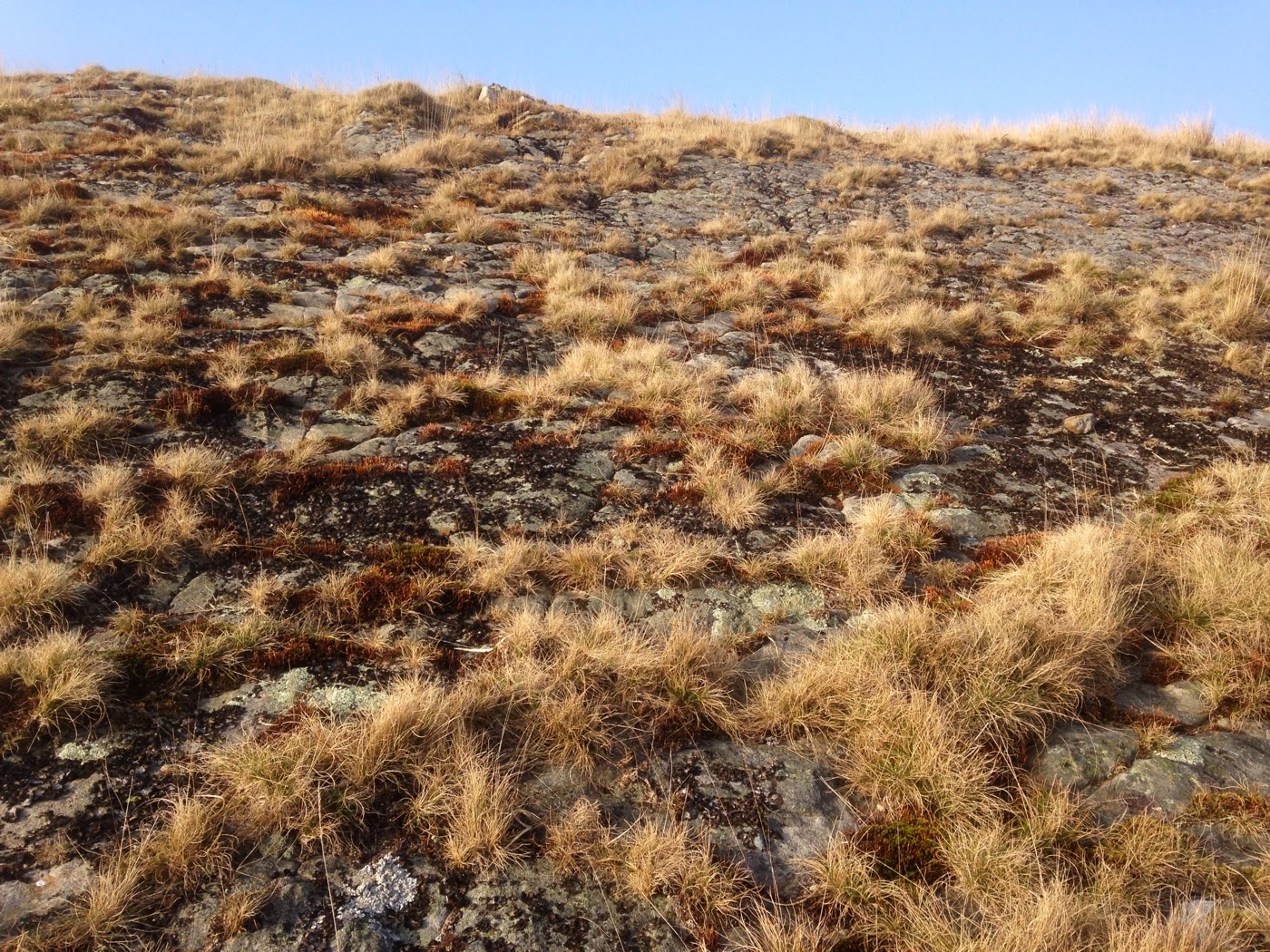 I was up on the Gwrhyd last Friday and revisited an area of sloping Sandstone rocks in acid grassland I'd previously reported seeing the odd looking lichen Lasallia pustulata back in June 2011 (see HERE). I'd also seen Alpine Thread-moss (Bryum alpinum) and both species were still prominent, but the flaming red shoots of the moss were quite stunning in the bright sunshine. 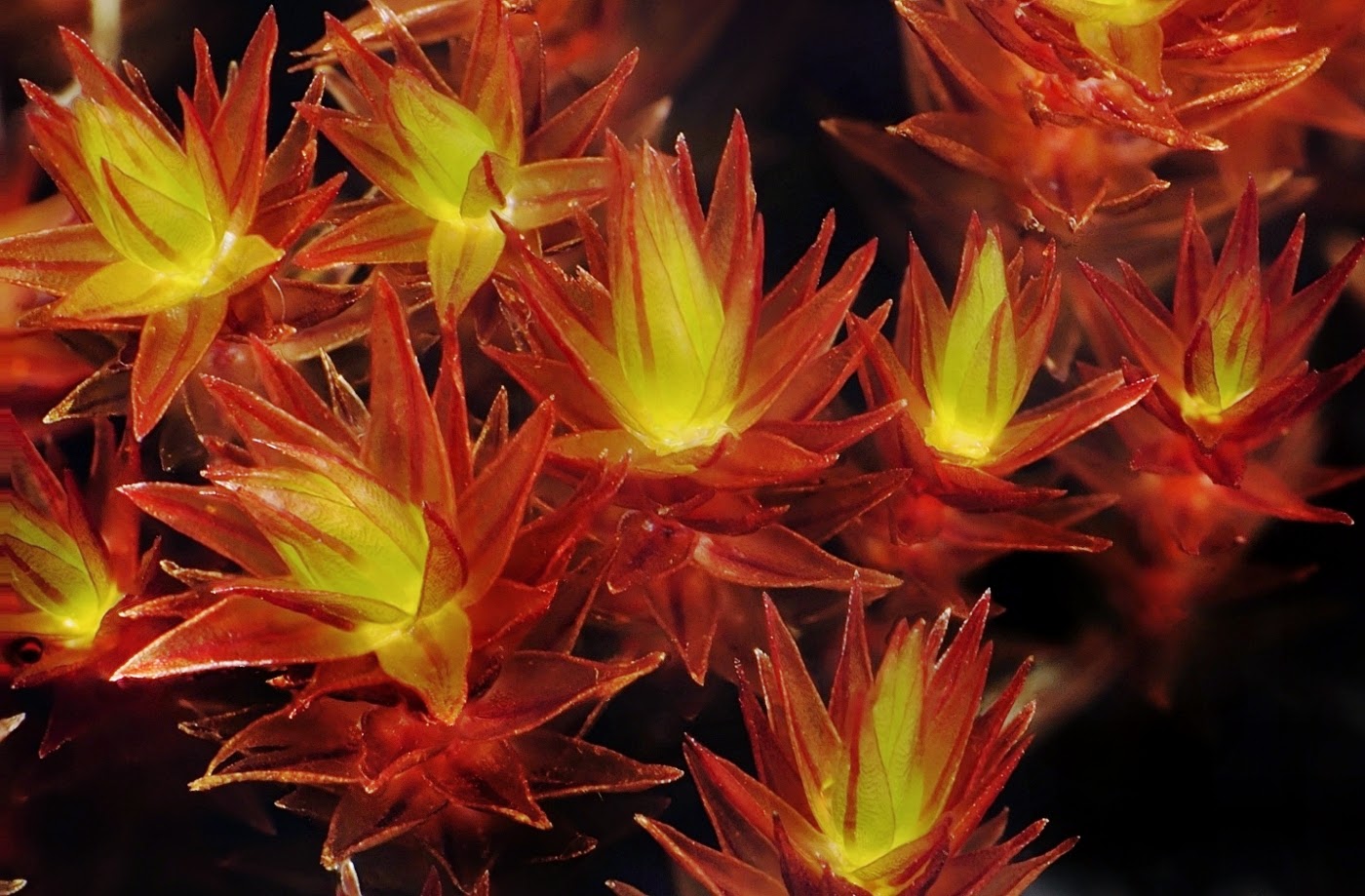 Showing some visitors from Devon our spectacular coast at Caswell where we were able to watch a Dartford Warbler amongst the gorse for several minutes about 10 yards away. Also saw this attractive moss in full sun alongside the footpath. 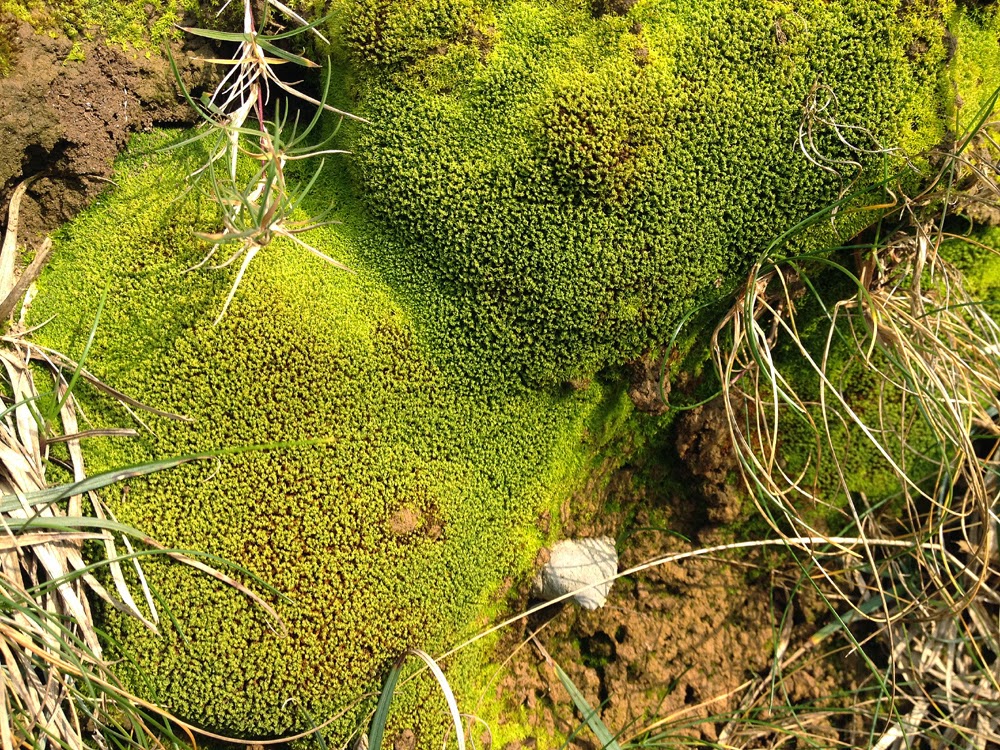 A walk around Mount Pleasant, Swansea, last Tuesday lunchtime revealed a few hibernating insects stirred into life by the spring sunshine. There were singles of Small Tortoiseshell and Comma, both looking rather jaded after their slumbers, as well as queen bumblebees of two species - Bombus terrestris and B. hypnorum (the latter, the Tree Bumblebee, a recent colonist but now well established in South Wales). The only hoverfly seen was another species which hibernates as an adult, Eristalis tenax.

It looks like the sun may return next week - hopefully it will bring with it some more spring insects.
Posted by GMT at 20:48 1 comment: