Some fungi this autumn

Just a few images of some of the species I've seen this autumn, which overall has been a little disappointing. It started well enough at the end of August with a tasty display of Chanterelle (Cantharellus cibarius) in a small woodland near Ystalyfera. Like other edible fungi, this beautiful species is often over-collected and this has led to its decline in many parts of the country - a matter of some concern. 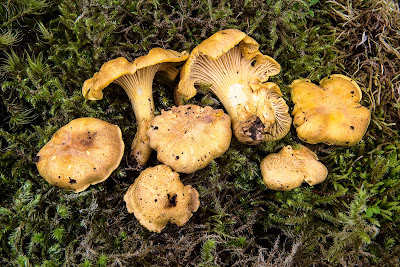 September was a month of glorious weather but it was a poor month for mushrooms and toadstools. October has been better. Some of the reclaimed coal tips in Neath Port Talbot have been particularly good, at least as far as some of the common species like Brown Rollrim (Paxillus involutus), The Deceiver (Laccaria laccata) and Woolly Milkcap (Lactarius torminosus) are concerned. 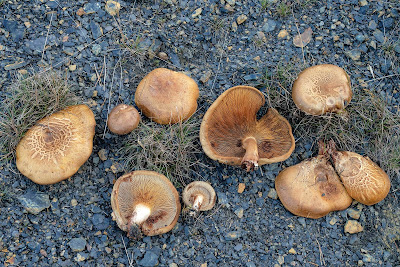 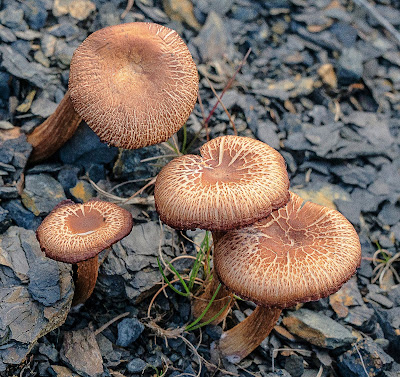 The cracked cuticles of the The Deciever caps shown in the photograph here are unusual, but it gives the specimens a striking and attractive appearance. It is a very variable species (hence its common name). 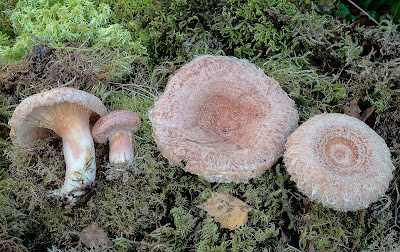 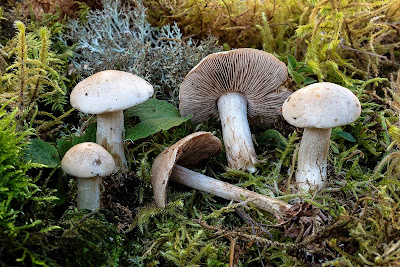 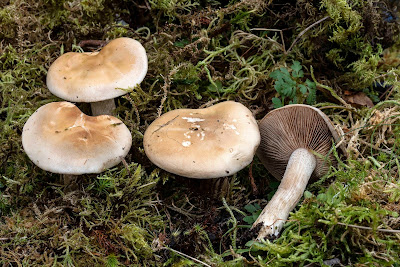 Webcaps (Cortinarius species) are a large group of species in Europe and are often difficult to identify. Some, like Frosty Webcap (Cortinarius hemitrichus) are quite distinctive and have a subtle beauty. 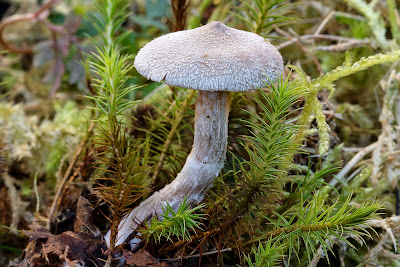 A number of Webcap species can be found in our conifer plantations where they are often associated with Pines and Spruces. This year there was a nice display of Cortinarius vibratilis in the conifer forests near the Maes Gwyn wind turbines. 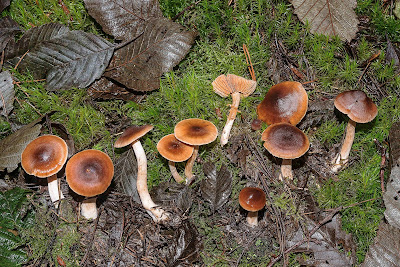 Cortinarius vibratilis in a conifer plantation near Banwen

This is a seldom recorded species and its occurrence this year in Neath Port Talbot may be a first for Wales.