Sent in to the university last week from Alan Martin of Fforest, presumably in Glamorgan, a photo of a Convolvulus Hawk resting on his step and unfortunately trodden on by a visitor to his house!  Record dated 11th October, can't paste the picture in because I'm so computer illiterate. I have the original e mail to forward to the county moth recorder if he wants to see it.
Posted by i.f.tew at 13:55 1 comment:

A bryophyte excursion to the top of Glamorgan

Last week, on the 10th, Sam Bosanquet, George Tordoff and myself surveyed the mosses and liverworts on the section of Craig y Llyn above Llyn Fach, i.e. that part that lies within Neath Port Talbot at SN9003. Peaking at 600m in the plantation a little way south of the crags, this also happens to be the highest land in Glamorgan.
A total of 135 bryophyte taxa were recorded taking the total for tetrad SN90B to 163, promoting it to the 4th spot in Glamorgan's bryo-diversity league, but with the caveat that many squares have still not yet been looked at! Three 'Nationally Scarce' species were recorded, Tall-clustered Thread-moss Bryum pallescens on the track adjacent to the trig point, Slender Fringe-moss Racomitrium sudeticum on a small stone enclosure, with Orange-bud Thread-moss Pohlia flexuosa on the crags themselves. The main discovery however, was a assemblage of locally rare species in a small cave on the lower cliff sequence, which included Fine-leaved Leskea Orthothecium intricatum, Spotty Featherwort Plagiochila punctata and Recurved Rock-bristle Seligeria recurvata, the latter new for the county.
A few non-bryophyte species of interest were noted including a larva of the sawfly Abia candens, found feeding on Devil’s-bit Scabious. George and myself, being comparative novices are indebted to Sam for his patience in sharing his expertise on what was a memorable excursion.
Posted by Barry Stewart at 22:04 1 comment:

The Great White Egret, according to the current (2009) edition of Collins Bird Guide, is a two star vagrant to the UK. This seems out of date: changes can be rapid with egrets. I have old bird guides which show the Little Egret's range coming nowhere near the UK, yet they are now a common sight on many estuaries, including, of course, the Burry Inlet. It seems the Great White Egret is moving into Britain in a similar way. It breeds on the Somerset Levels and keeps turning up here. My last two visits to WWT Llanelli have provided sightings of a Great White Egret. This morning it was something special: the bird was feeding vigorously and came very close to my position in the Michael Powell hide. Despite rain and low cloud, the views were so good that I was able to get the photos below. 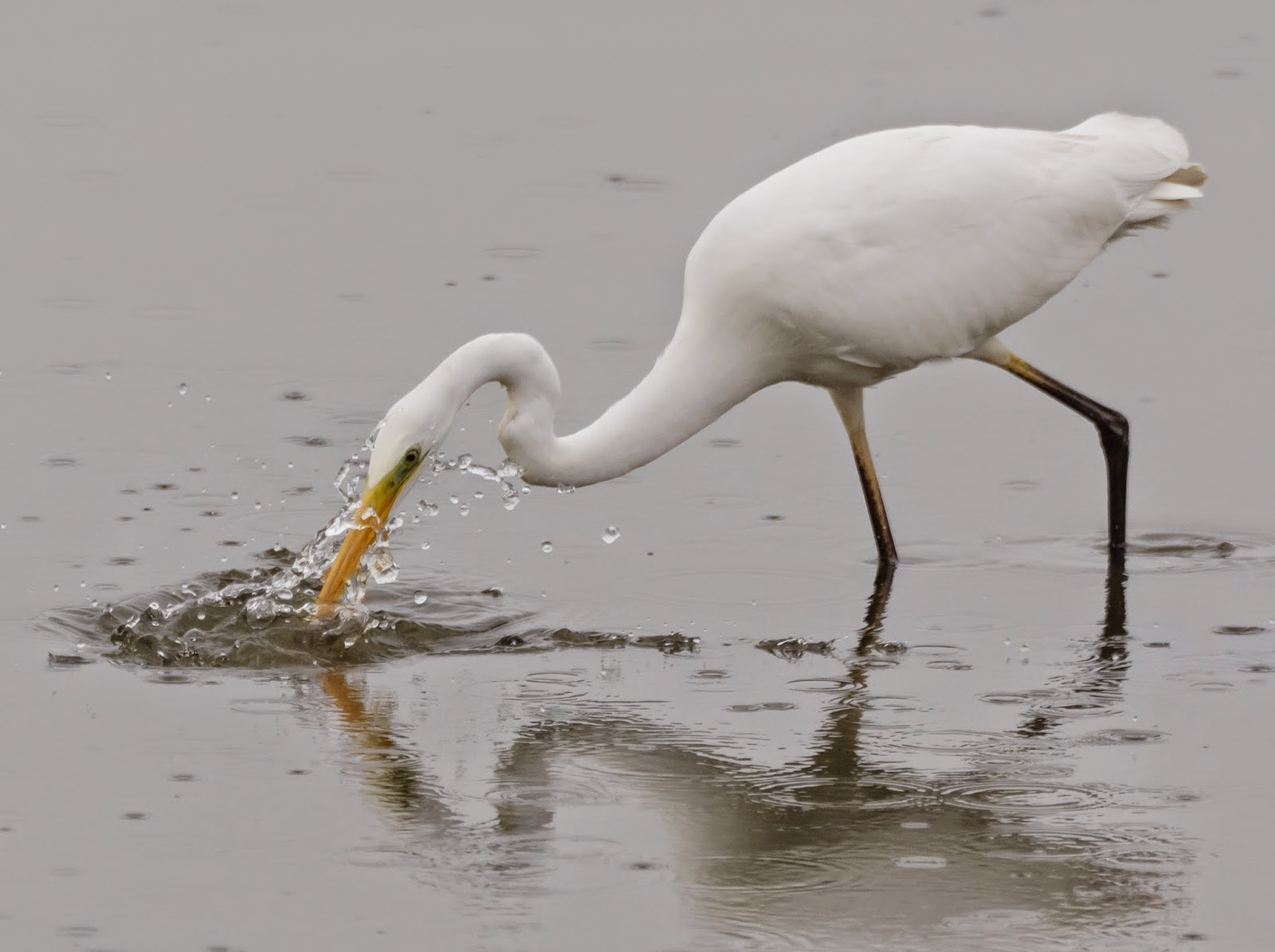 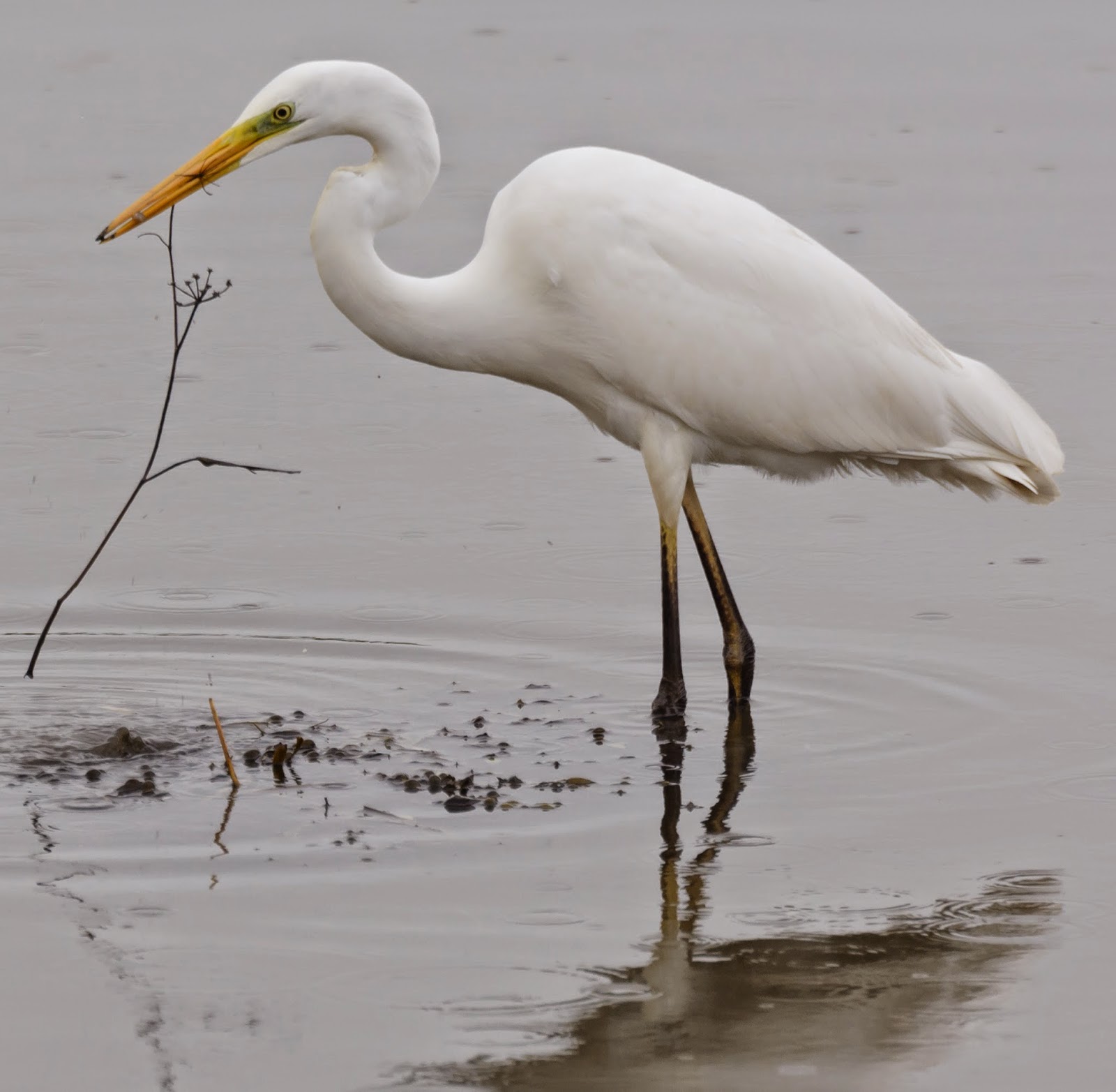 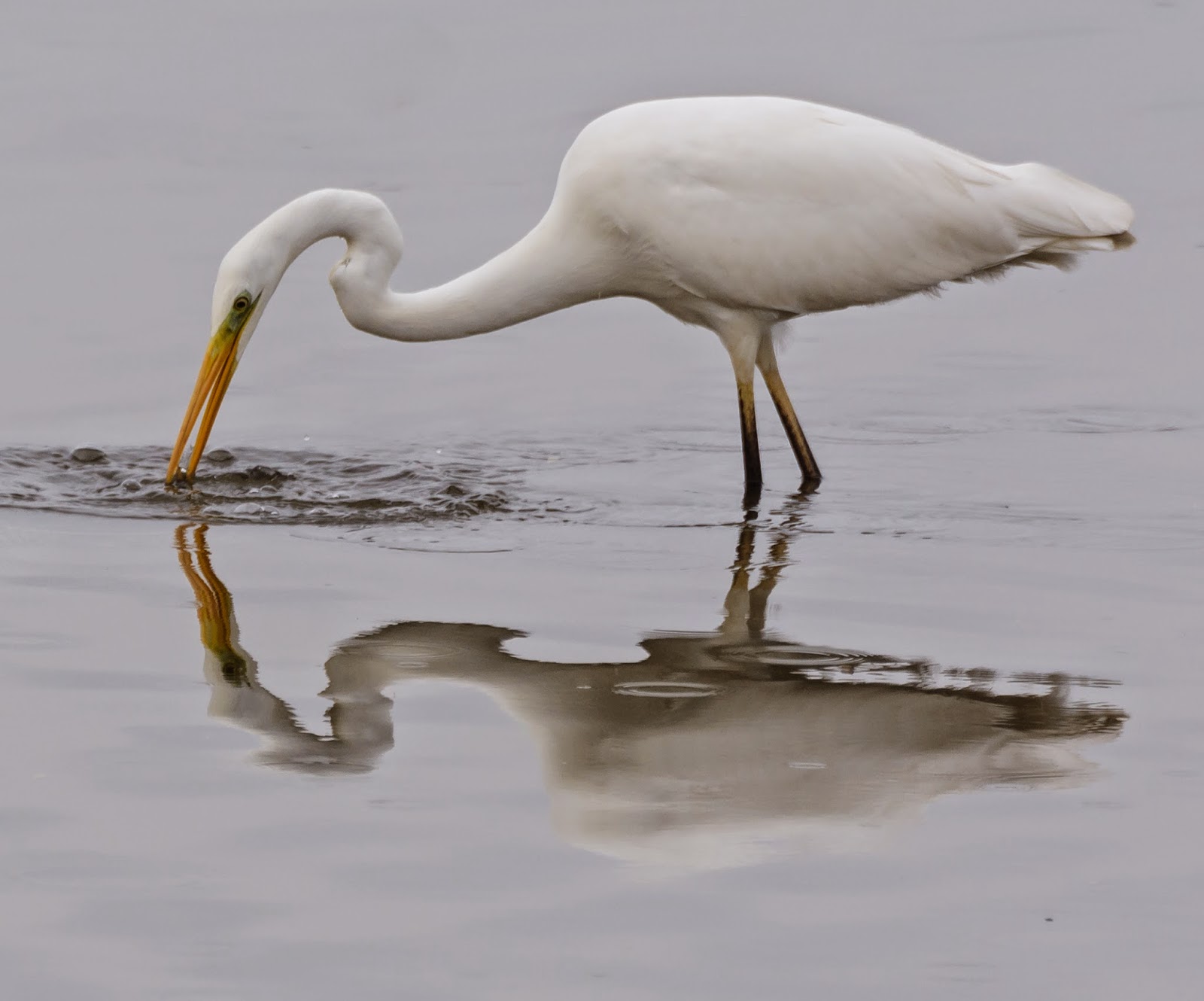 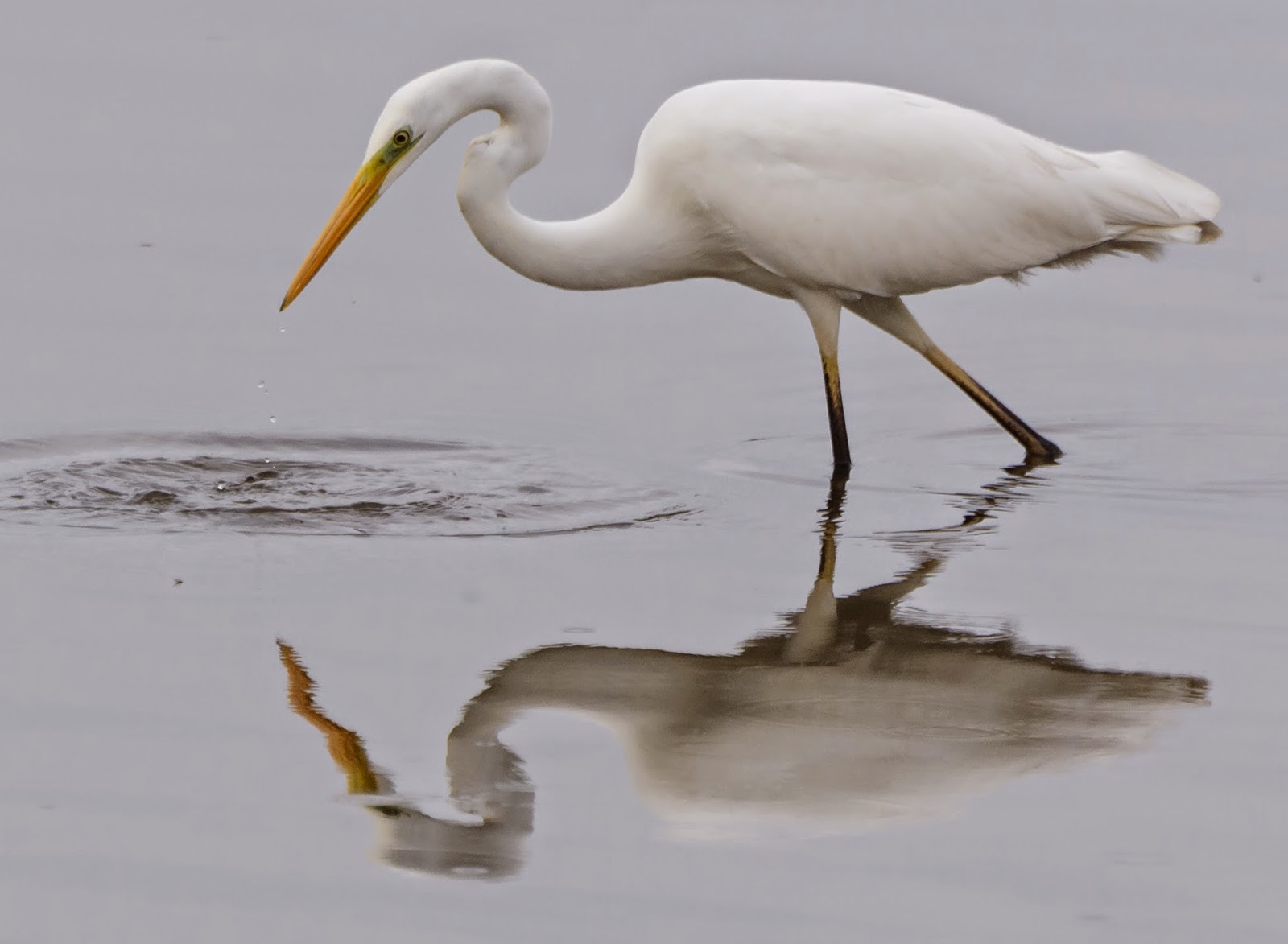 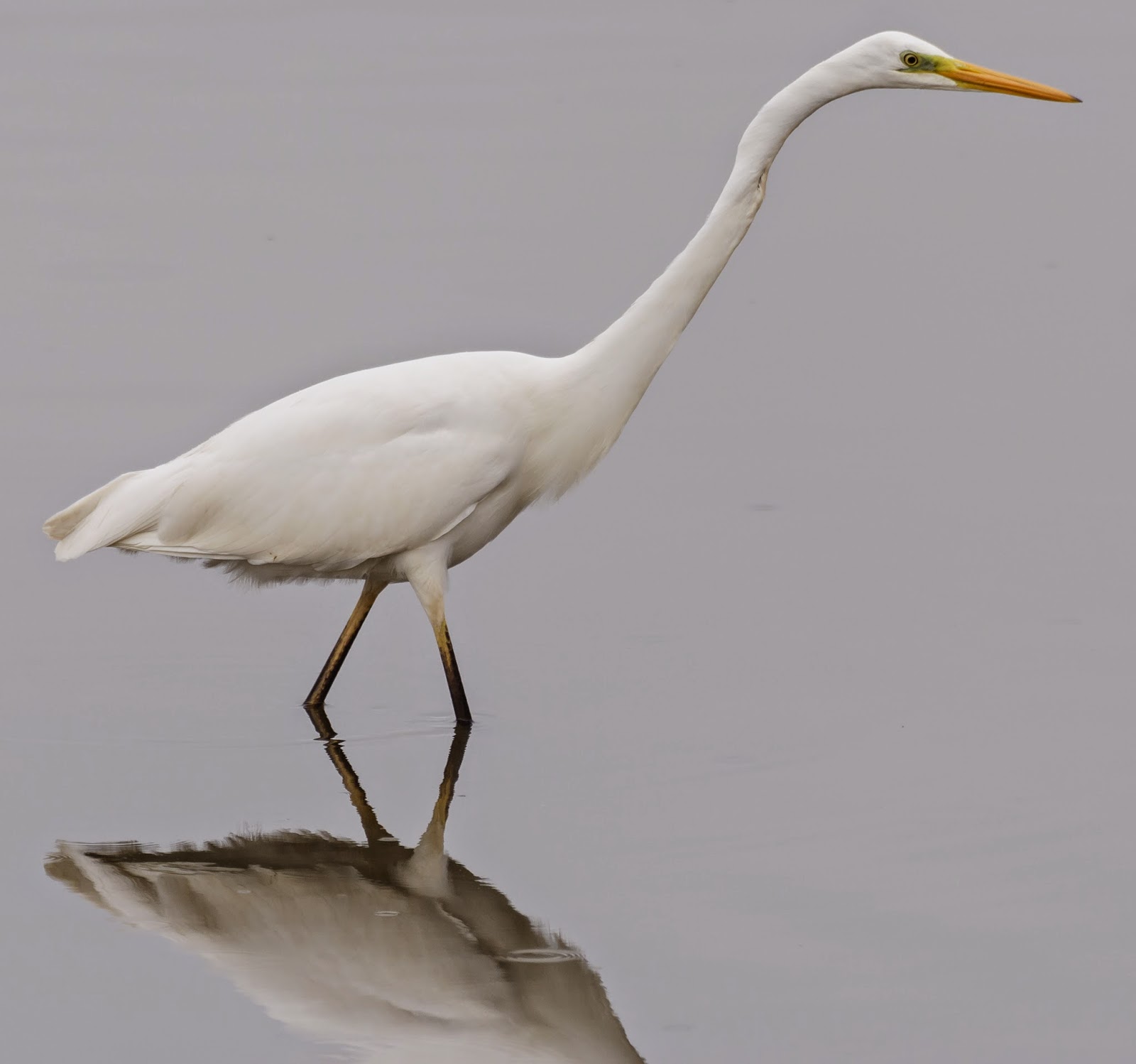 The bird was determined to be photographed, because when I moved on to the British Steel hide it followed me (Penclawdd in the background): 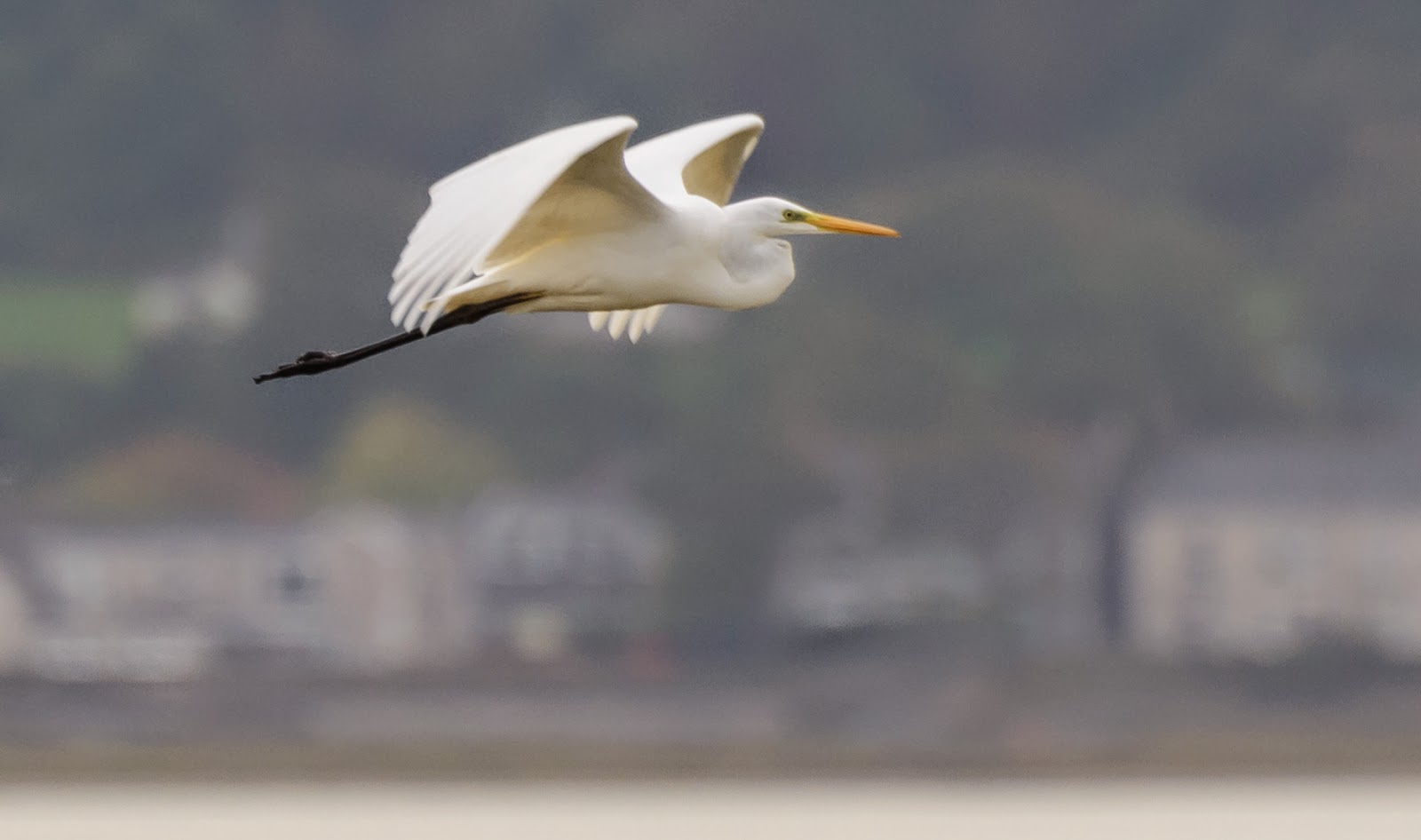 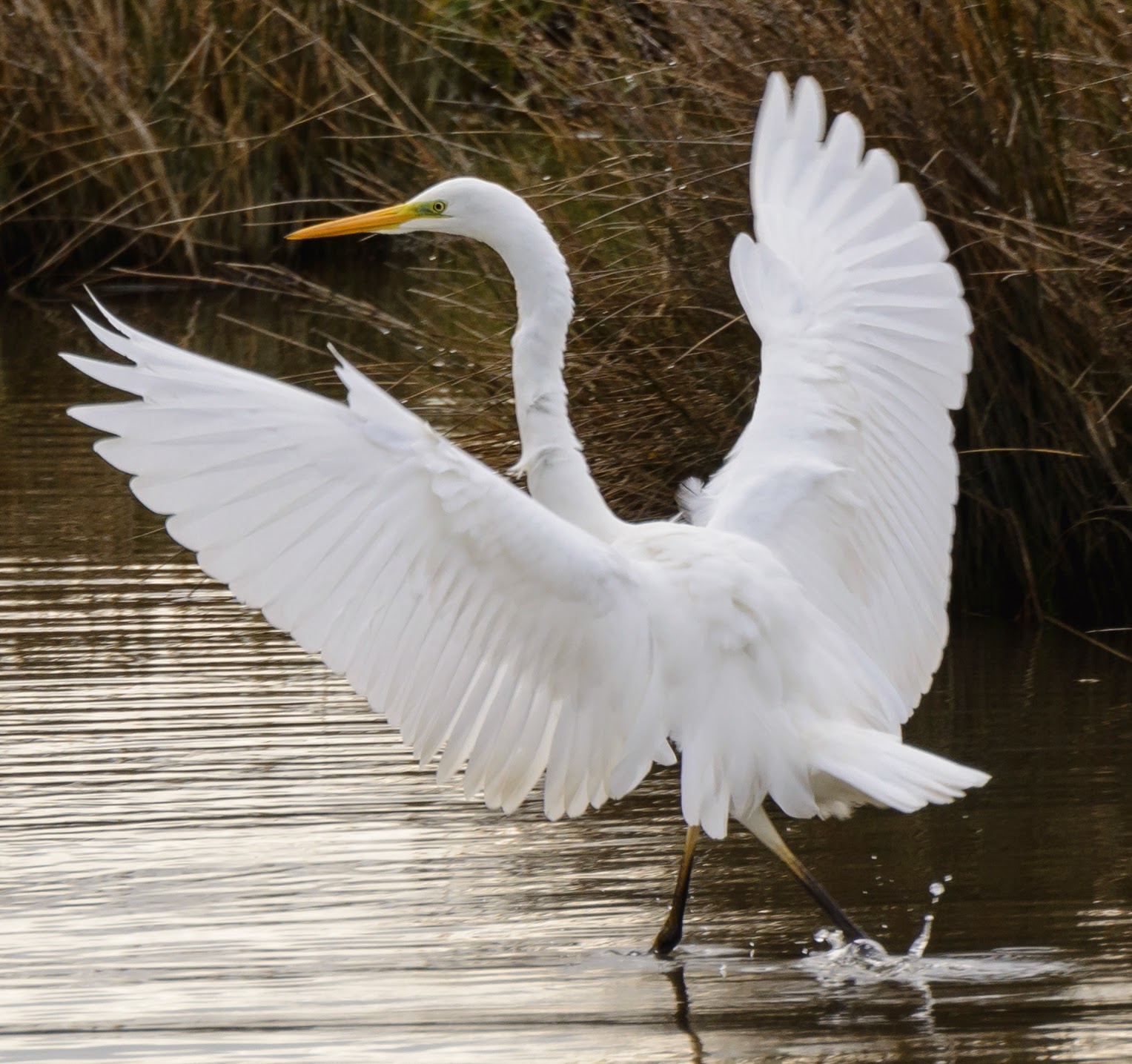 and then carried on as before: A magnificent and very co-operative bird. 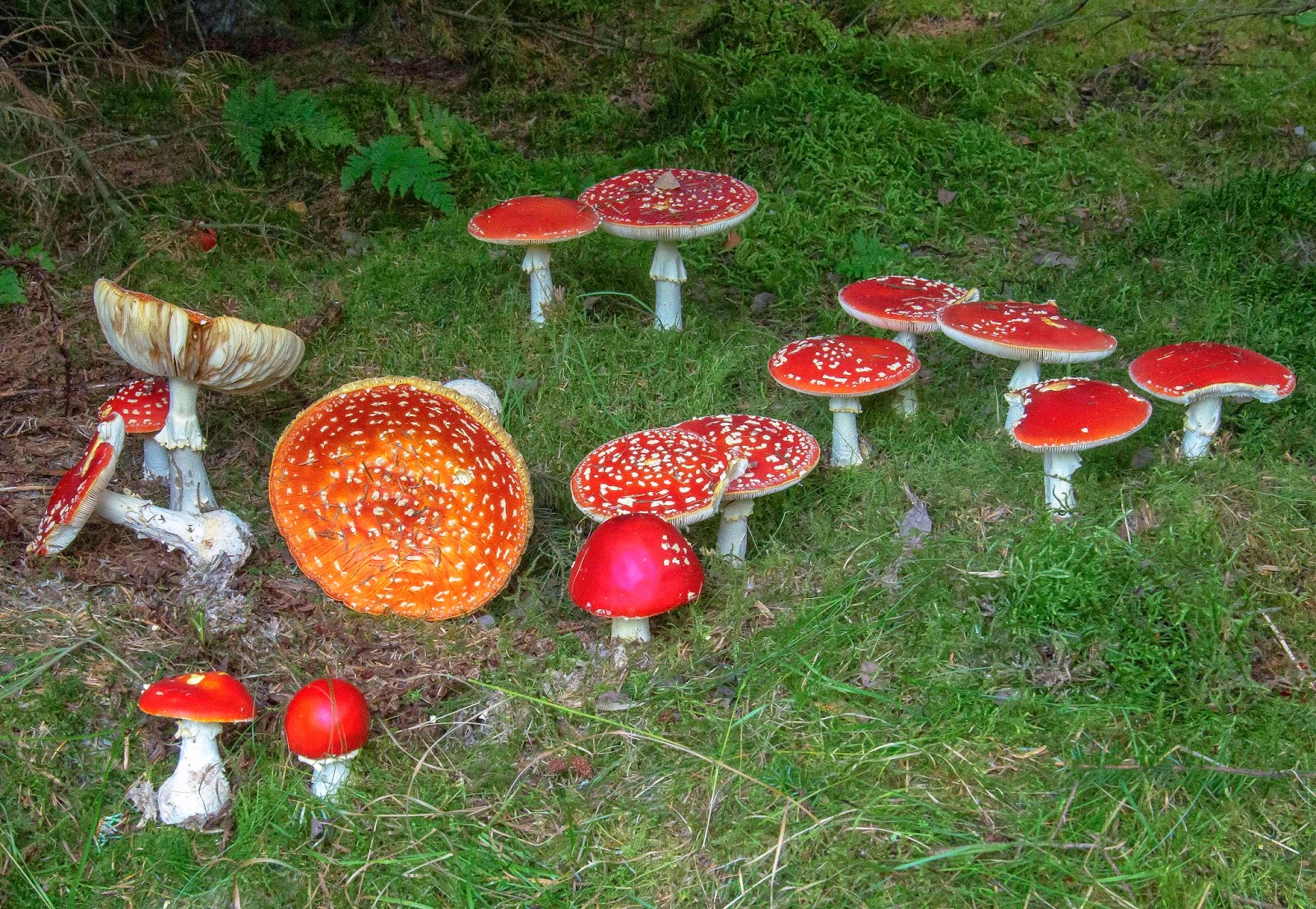 It's been a bit of a weird autumn for fungi so far. After a wet August followed by a warm September, things were looking promising, but the long dry period then curtailed a sustained appearance of fruiting bodies. However,  Fly Agarics were particularly good in Neath Valley forests and it was a fantastic month for Boletes, including the highly prized Cep (Boletus edulis). It was also a good month for Slimy Spike (Gomphidius glutinosus) and Larch Spike (Gomphidius maculatus) in Afan Forest Park. See below for a selection of others. 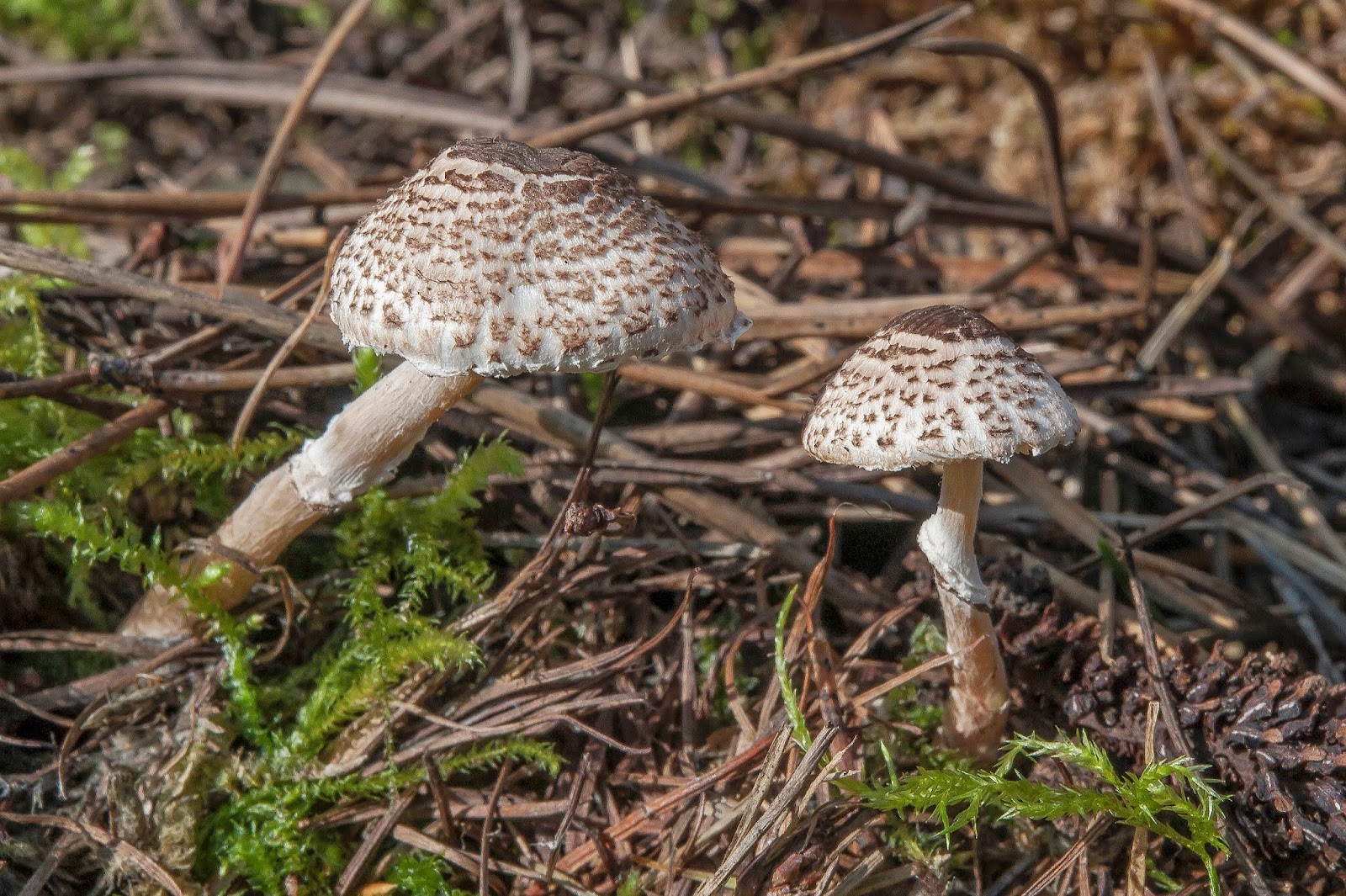 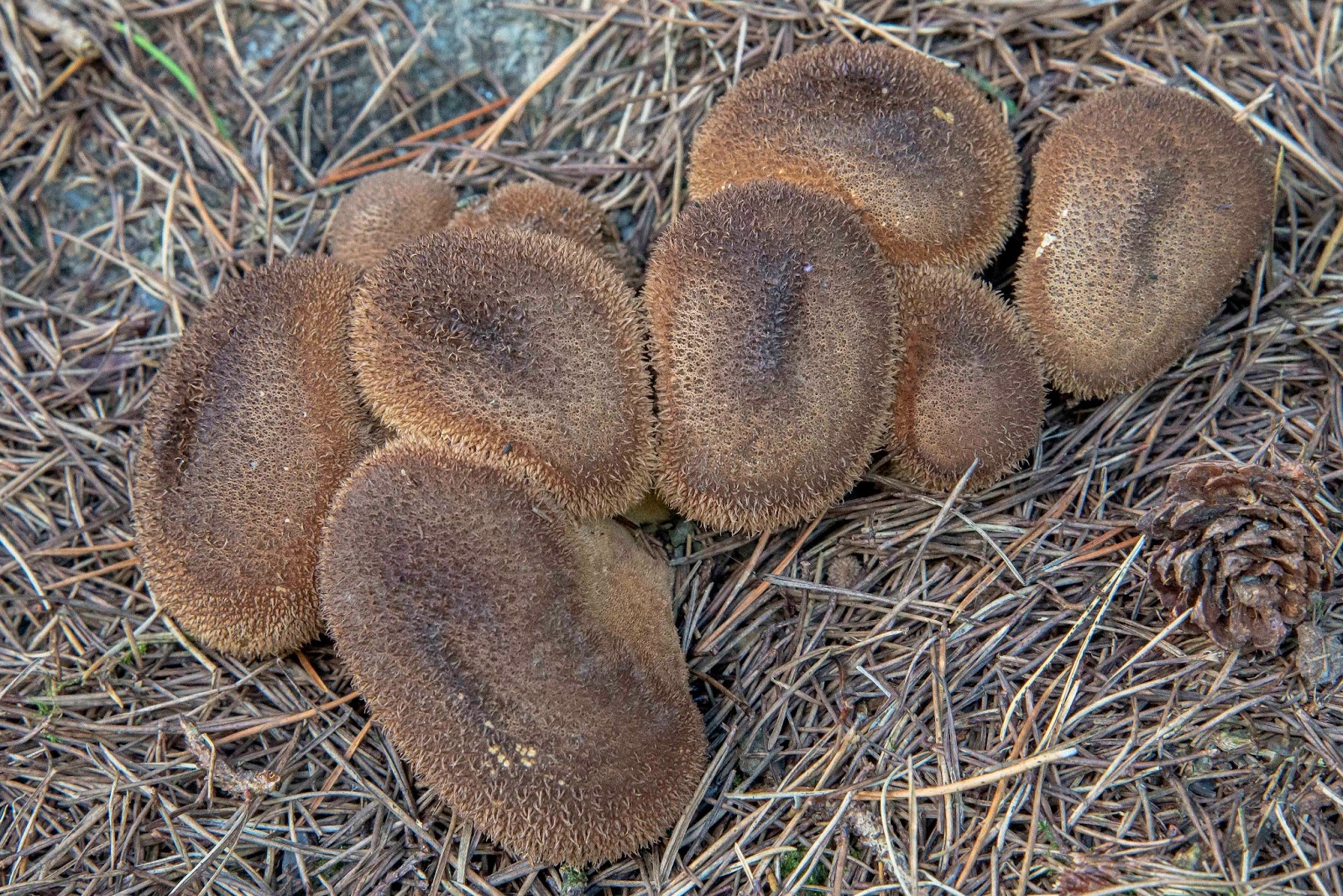 The more typical autumn weather which we are experiencing now may kick-start a new flush of fruiting bodies.
Posted by Charles Hipkin at 22:22 No comments: