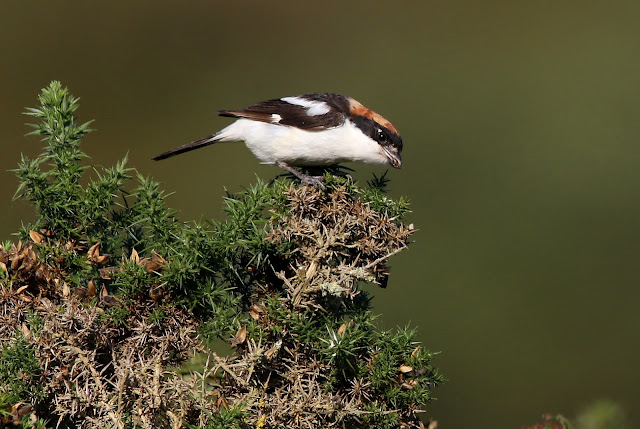 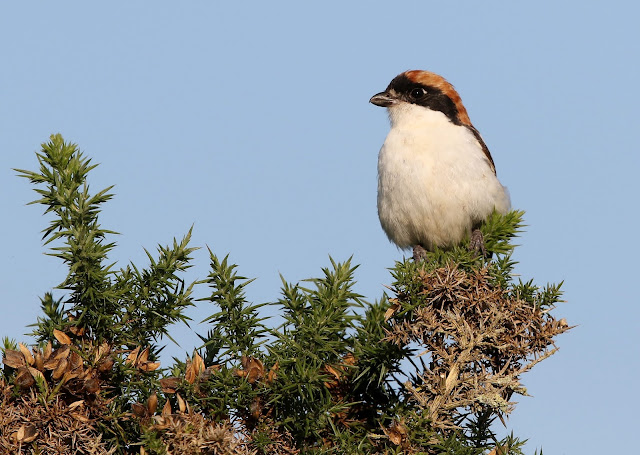 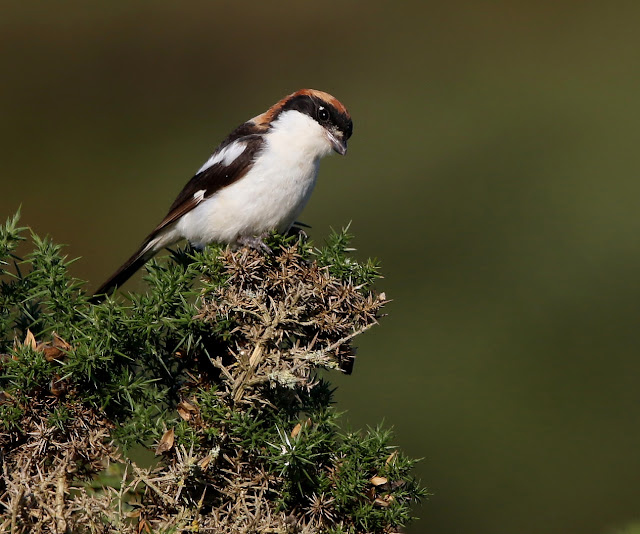 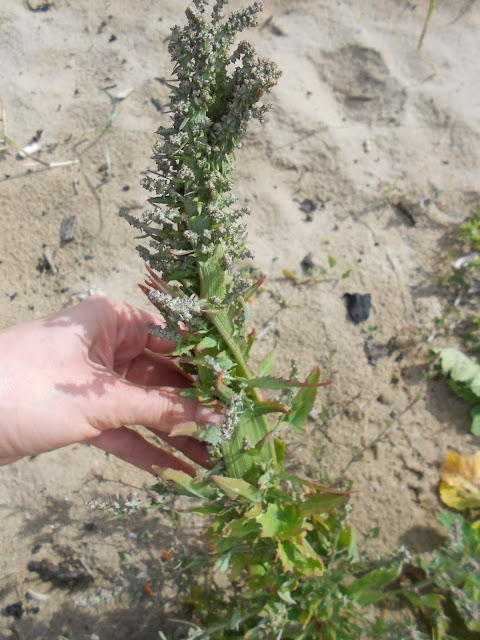 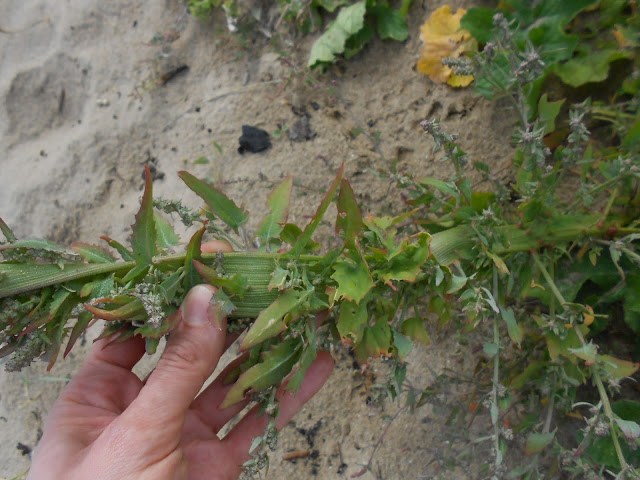 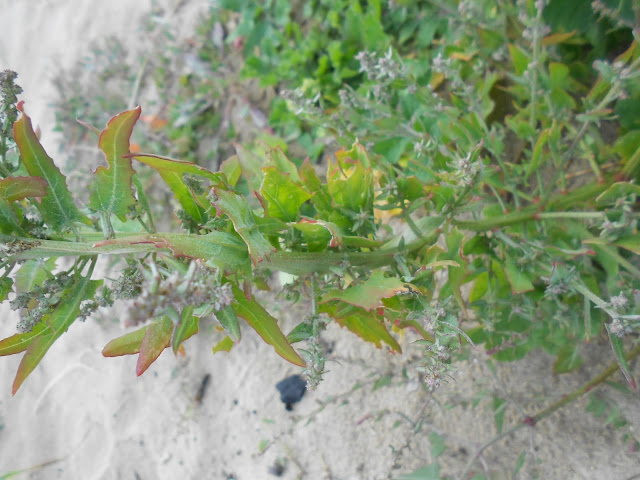 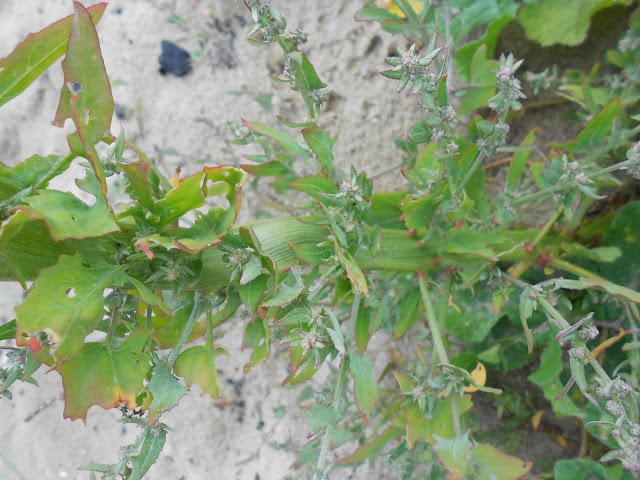 Having just read Ted Benton's Grasshoppers and Crickets and wanting a change from Bees and Wasps I decided to try out a bat detector (thanks for the loan Steve) as I'm deaf to all those songs I learned long ago.

Yesterday afternoon at Crymlyn Burrows I detected a lot of things I would expect there but one continuous buzz was puzzling me. Eventually I saw and photographed them and realised they were Long Winged Coneheads (Conocephalus discolor to me but maybe now C.fuscus!).

You can see the long straightish ovipositor which is the easiest way to tell from rare (I have never seen) long winged forms of the Short Winged Conehead, Conocephalus dorsalis, a species also at Crymlyn Burrows in the saltmarsh edge. 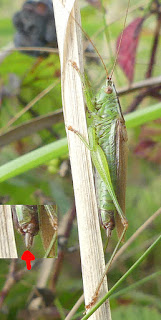 The male is not so easy to tell but details of the cerci (arrow) help.

New to me here, I'd seen them in Dorset 30 or so years ago, I'd expected them as they'd arrived in Cardiff as long ago as 1999. I find Mike Howe recorded them at Nicholaston in 2013, loving the new NBN gateway.

There were a lot (probably 100s) singing between the University entrance and the roundabout in 1-2 foot high grass and bramble/Polypodium sp. This is the habitat structure I remember them liking and there were even a few opposite the uni entrance in taller grass by the Bay Studios so I wouldn't be surprised to find them widespread now if you have access to a bat detector, I will certainly be buying one pronto. I photographed one short winged form of a male conehead in the Dutch Rush (Equisetum hyemale) beds by the uni entrance but I am not sure if this was a dorsalis in a new habitat or a nymphal fuscus. One of the other things that can happen as well as spread to new areas is spread to new habitats as the climate gets more favourable to a species. 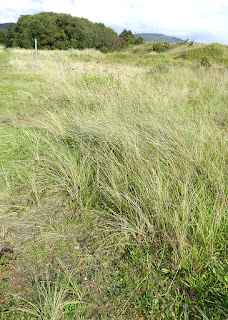 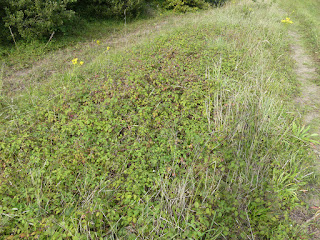 Time to try and find Roesel's bush cricket which has also spread but doesn't seem to have made it so close (so far!).
Posted by ian tew at 10:22 3 comments:

Autumn Lady’s tresses – Spiranthes Spiralis are now flowering on the South Gower coast. They are growing everywhere where the grass has been grazed by sheep and we saw a great number of them between Fall Bay and Thurba bay on Sunday 13th August.


Also seen were Boletus Luridus which on the gower coast is associated with rockroses. All the  specimens seen had dried up unfortunately.
Sylvie 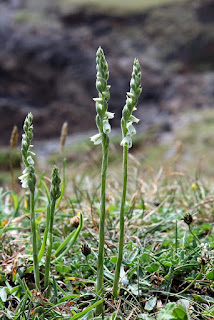 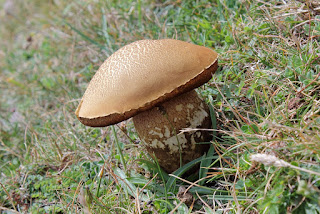 As I write this a monsoon-like shower of rain is hammering on our living room window, a frequent occurrence over the last few weeks. You'd be forgiven for thinking that we are somewhere in the middle of October. But at least it's perfect weather for fungi, some of which are now fruiting conspicuously in our forests. During the SEWBReC meeting at the large and biodiverse Maerdy coal tip last Saturday, several recorders noted impressive populations of  Suillus viscidus and Gomphidius maculatus associated with Larch. I hope the Maerdy Larch plantation will escape felling so that these populations can survive. 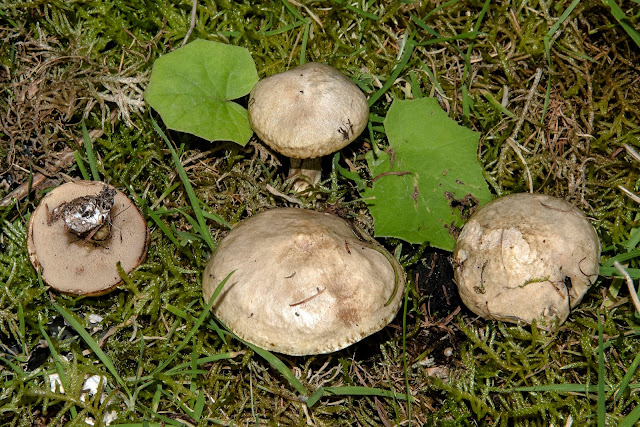 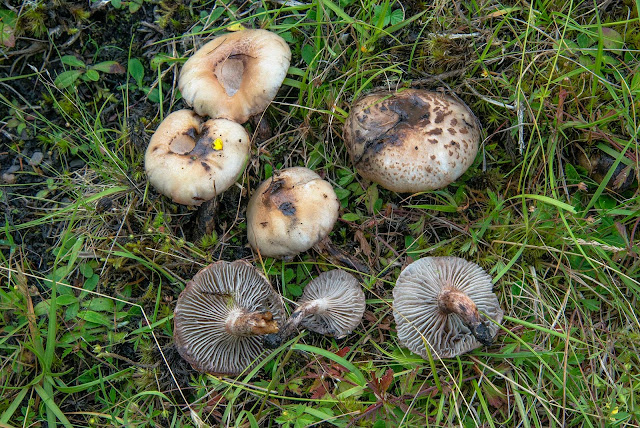 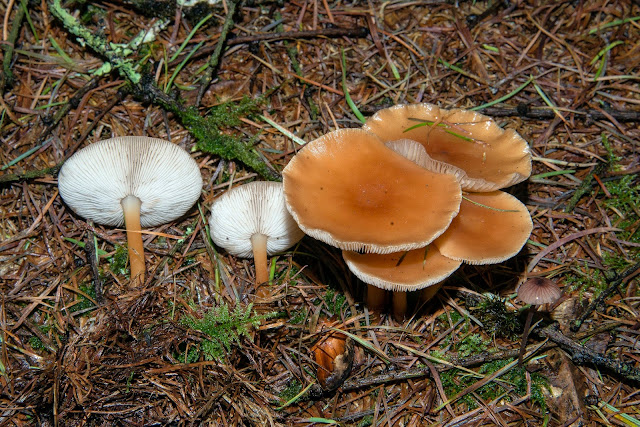 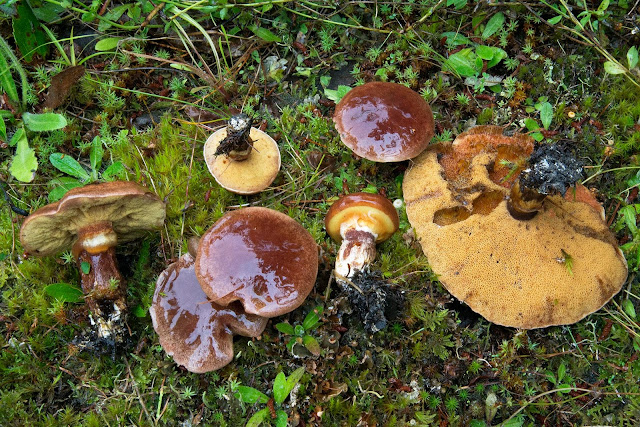 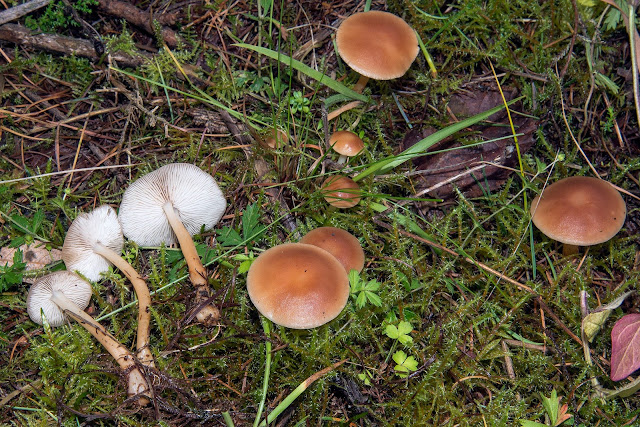 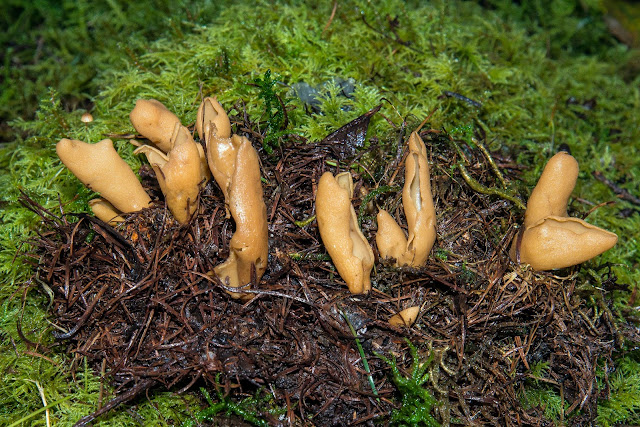 There were some nice patches of Rhodocollybia prolixa under the Larch in Dyffryn Cellwen. This is an uncommon species in Britain, new to me, but I see from the NBN database that it has been recorded previously in South Wales. Illustrations (and photos) of this species are a bit misleading in some of the guides, but there are some nice images on the web. However, the taxonomy of this species is also confusing. Firstly, lots of guides use the outdated name of Collybia, now largely replaced by Gymnopus and Rhodocollybia. Secondly, several guides describe two species, Collybia distorta and Collybia prolixa, which have been very difficult to separate, the main difference between them being the size of the basidiospores. The spores of distorta are very small (3-4 microns) while those of prolixa are larger (4-6 microns). The Dyffryn Cellwen population has very small spores (mean 3.5 microns), so I am recording this as Rhodocollybia prolixa var. distorta (= Collybia distorta). 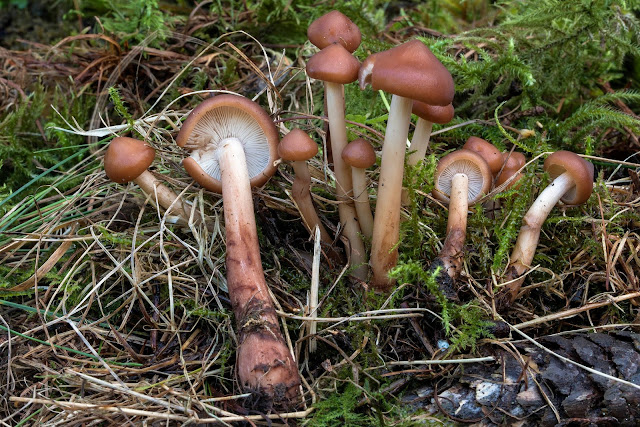