A Starling Spectacular at Pwll, Llanelli.

About 4.30pm yesterday afternoon (29/12/14), I chanced to look out of the south-facing kitchen window of my home at Tyrwaun (at the western end of Pwll, Llanelli), and was amazed to see the sky literally filled with starlings. Grabbing my camera, I could see that the whole southern aspect of the sky, from the c SE (at `mid Pwll`) to the SW (over Ashpits Pond, just E of Burry Port) was absolutely filled with a gyrating huge flock of starlings. It seemed that they were looking for somewhere to settle for the night, as some smaller sub-flocks would descend and one such group actually briefly landed in my neighbours` garden, as well as in nearby trees and adjacent willow carr.


However, the flock then seemed to continue flying approximately westwards and may have alighted in the Ashpits Pond area but, equally, the flock may have continued onwards to roost in Pembrey Forest or elsewhere.
Forty-five years ago, I recall likewise large concentrations flying over my old school (Llanelli Boys` Grammar School) and these similarly huge flocks  caught the attention of the pupils (as well as the general public). Those 1970 flocks actually did roost in Pembrey Forest and the scattered concentrations of hollies and Cotoneasters that still grow under the pines there may have emanated from their droppings.
Presumably, yesterday`s big flock (which, at a conservative estimate, was 5000+) was weather-driven from harsher conditions elsewhere in the UK or the Continent.

Above: two photos showing just part of the flock. The white speck in the top photo is the moon.
Posted by Ian Morgan at 11:45 1 comment:

Although the first half of the Winter has at times felt more like Spring, we were surprised to see a flowering patch of Daffodils at Burry Green on Christmas Eve. I have also noted plenty of wild species flowering unseasonally at the end of what has been one of the warmest years on record. 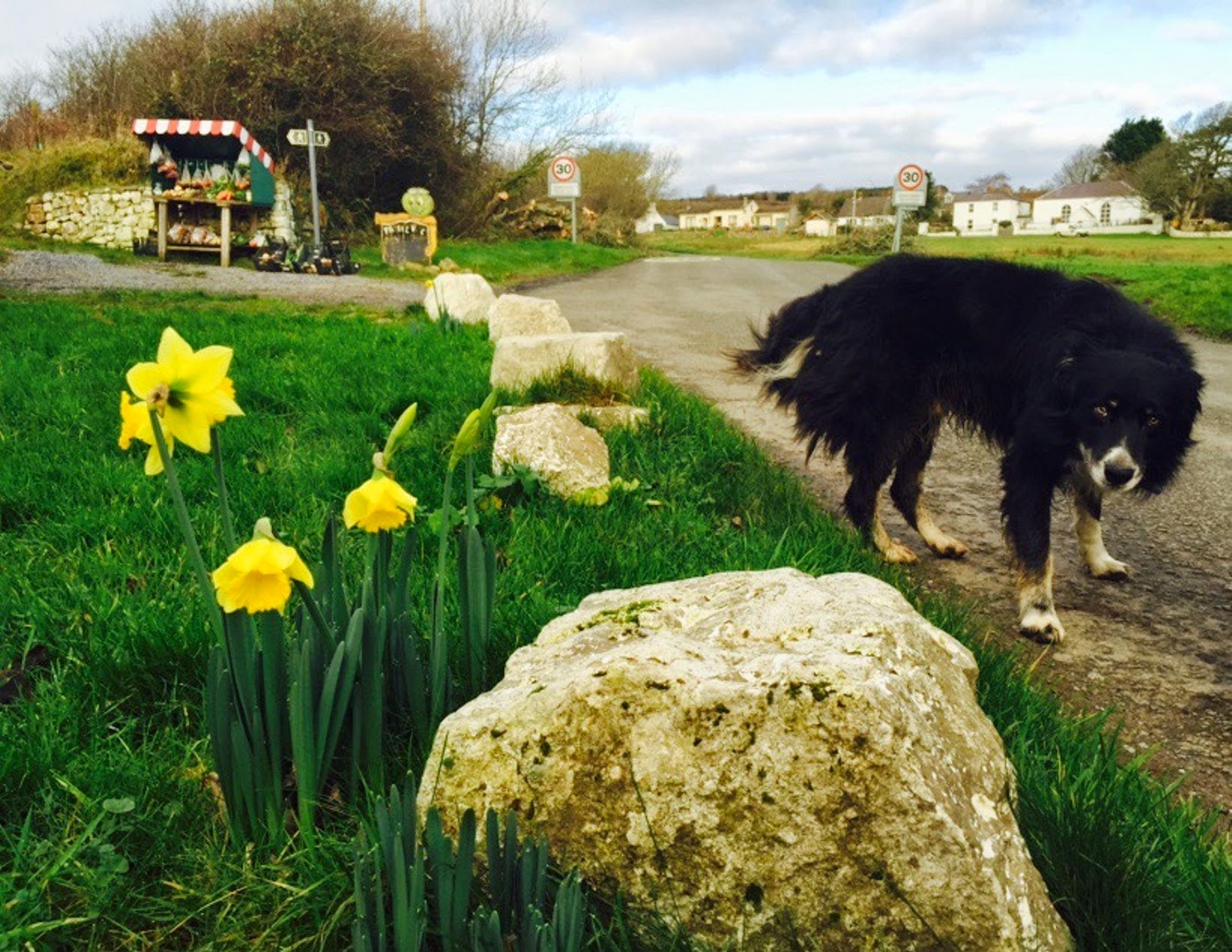 Posted by Barry Stewart at 09:33 No comments:

Apologies for the lack of activity in recent months - rest assured I have not abandoned the site and normal service will be resumed in due course... 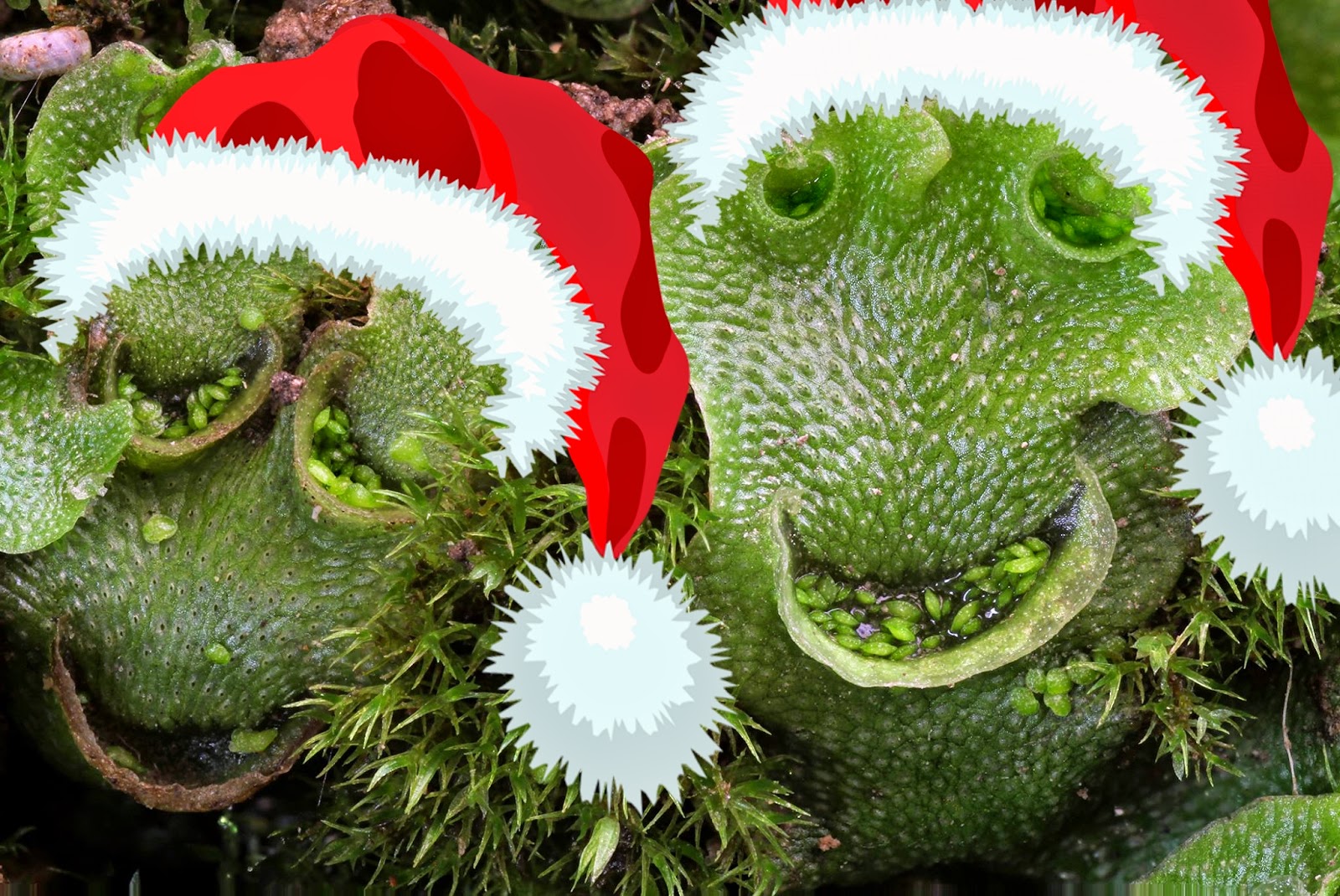 ...In the meantime wishing you all a great Christmas and a prosperous New Year
Barry & Sandra
Posted by Barry Stewart at 18:44 1 comment:

bees and wasps of the gower(ish)

Oxybelus argentatus female IMG_3116
During the last 3 summers I have made a start on recording local Hymenoptera from the Bee and Wasp groups, initially on the Gower during the first year, but for the last 2 years mainly on Crymlyn Burrows. I am now in the throes of posting all the pictures on my flickr site so that they can, where possible, be used by others as an identification aid. I would also like help as I am only a relative beginner myself so if there is anyone out there with the expertise to see that I have made a mistake please let me, and everyone else, know. I am epsecially keen to know why. As a caveat I would like to point out that not all these insects can be identified from a photograph. Because of this 99% are supported by a specimen (in my possession), photographed alive after chilling from the side, above and face on where possible. The ultimate aim is to permit me to record as much as possible without recourse to this, photographing in the field by handholding. 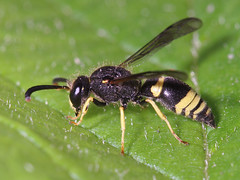 Ancistrocerus gazella male IMG_4815
Each picture is supported by a filename giving the species, sex and picture number and locality is mentioned below as well. In the case of an enquiry I can track down the specimen from this information. The flickr site is here:
https://www.flickr.com/photos/iantew/sets/
with pictures from these groups in Gower albums (Crabronids, Sphecids, Tiphiids, Vespids, Eumenids, Chrysids and Pompilids) as well as Crymlyn Burrows.
There will be Bees to join these wasps sometime after the new year.
For further, much more authoritative information see the Bees, Wasps and Ants recording Scheme site:
http://www.bwars.com/
including these superb Flickr pages by Steven Falk:
https://www.flickr.com/photos/63075200@N07/collections/72157631518508520/
Have a very Merry Christmas and a Happy New Year.
Posted by i.f.tew at 15:53 1 comment: