A few pics of the stunning adult Rose-coloured Starling at Cedar Close, Gowerton from a visit today...... 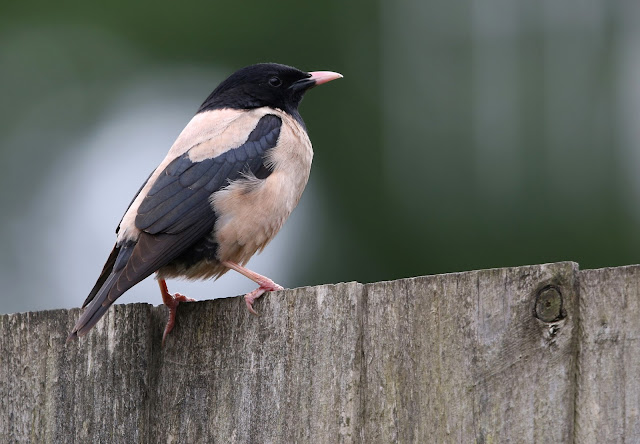 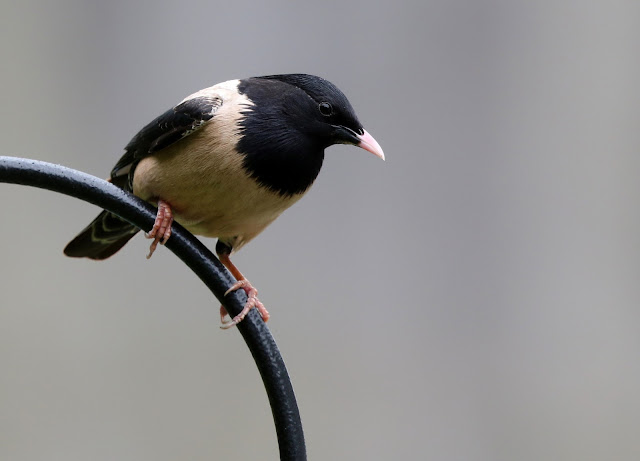 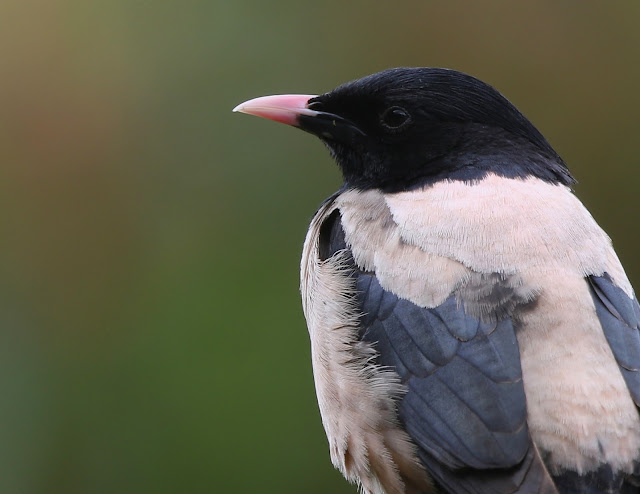 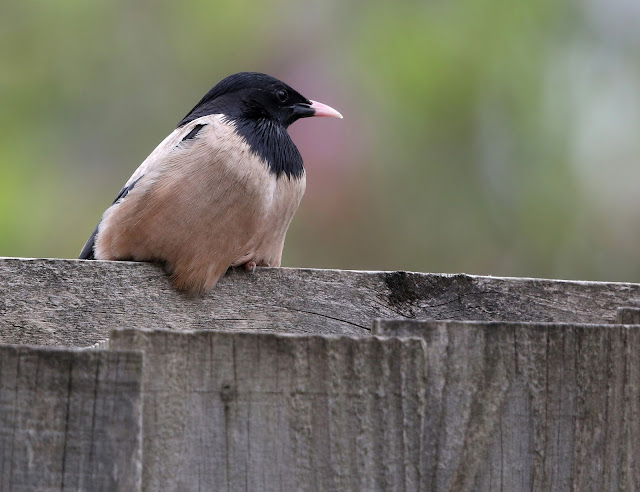 The map below shows the tetrad (2 km x 2km squares) totals of species of vascular plants held in the MapMate database in West Glamorgan. The main purpose of the map at this stage is to highlight the gaps in our knowledge, for example there are clearly under-recorded squares to the north of Swansea. Following the publication of 5 km square maps in the Flora of Glamorgan, Quentin Kay initiated more detailed recording, primarily focusing on the Swansea area, for which I have taken up the baton. However, it is Charles and Hilary Hipkin who have been instrumental in undertaking systematic recording and have achieved near-blanket coverage of Neath Port Talbot (at the level of 1 km square), as well as venturing into adjacent areas. In addition to the glut of records produced by these stalwarts, records of noteworthy species have also come in from a range of sources, too many to mention here, but for which we are most grateful.

Much of the data plotted below are recent and will be included in the third BSBI atlas, due to be published in 2020, recording for which will continue until 2019. If anyone reading this can help populate some some of the lighter shaded squares, contributions would be gratefully received and acknowledged. 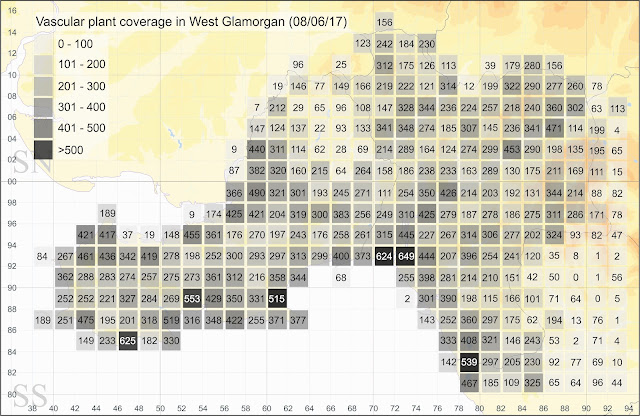 NB. The map only includes data held in the MapMate database and those squares shown to the east of the NPT boundary (it's faint, but you can just about see it!) have data that have not yet been digitised. Similarly, a lot of historical data have not been digitised and are not plotted, which means the map largely shows a modern pattern of plant diversity.

Finally a plant, a double-flowered form of Cardamine pratensis (Cuckooflower), a small population of which grows in semi-natural grassland in Singleton Park, kindly brought to my attention by Viv Lewis. 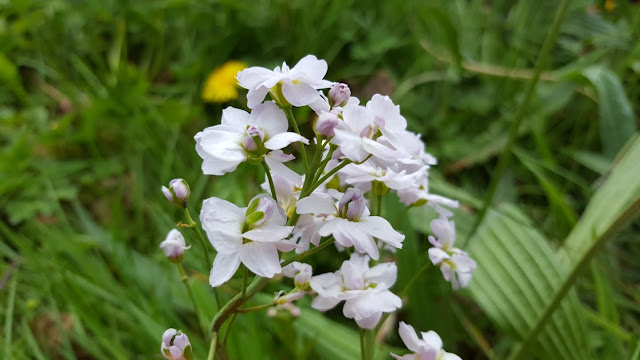 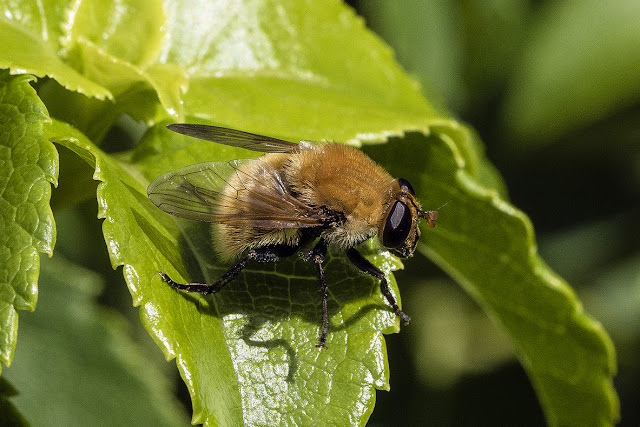 This fabulous hover fly, Criorhina berberina, was in the garden a few days ago. There are two forms of this fly, one is dark and the other (shown in the photo) is entirely buff (var. oxyacanthae). The buff form is a really convincing mimic of the Common Carder Bee (Bombus pascuorum).
Posted by Charles Hipkin at 22:13 2 comments: